An Advent Reflection on Mary Magdalene 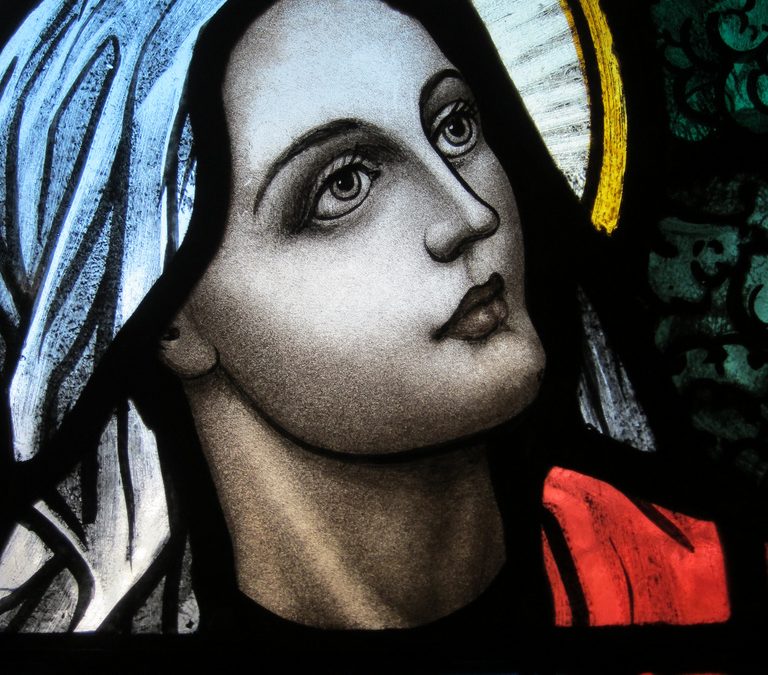 The following is a paraphrased summary of a presentation given by Reverend Griffin Phillips as part of a series of Advent Luncheon Speaking Events held at First Christian Church (Disciples of Christ) in Danville, Kentucky on December 17, 2018. Griffin is an ordained minister in the Presbyterian Church (U.S.A.) and currently serves as the Associate Pastor for Youth and Families at First Christian Church. All errors and misrepresentations of the presenter’s words are my own (Benjamin Knoll). Photo credit here.

Mary Magdalene was a dedicated follower of Jesus. It’s important to consider her connection to Christ in this season of preparation for his birth.

Legends of Mary Magdalene abound. She’s most well known for false details and unproven facts. In fact, she’s often identified as a former prostitute. (I don’t usually say that or “sex” in church, but I have to here!) Nothing in the the Bible backs this up. People also identify her as the woman from the city that anointed Jesus and washed his feet.

I went online (the intellectual side of me!) and did research to see what legends are circulating about her. One said that she was 27 when married Jesus, had her first child at age 30, a girl named Tamar. At age 34, she gave birth to second child and named him Jesus Jr. At 41 she gave birth to Joseph. She was agnostic, apparently, but Jesus respected her right to choose her own religion. She died peacefully in southern France. (This was a serious website, obviously.)

While you can’t believe everything you learn on the internet, is there much that we can learn about Mary Magdalene, the woman who at times was considered the most respected of saints, or the embodiment of Christian devotion, or defined by her repentance?

Little is known about Mary Magdalene. She has served as a figure onto which a series of fantasies have been projected. We simply don’t know a lot of things we wish we knew. In one age after another her identity was reinvented from prostitute to mystic to matriarch to feminist to celibate nun. The story of Mary Magdalene has been shaped by different cultural views of men and women as well as how tradition becomes authoritative.

In the New Testament, it says that she is from Magdala, she was a leading figure of those activated by Jesus, she was one of the women who stayed with him at the Crucifixion, she was the first at the tomb, the first person He appeared to, and the first to preach the “good news” of the Resurrection. From texts in early Christian times, it seems her that status as an apostle rivaled even that of Peter’s!

Beginning with the few statements in early Christian records, dating from the first to third centuries, an elaborate story was created, leading to a story of St Magdalene, including that she was a repentant prostitute. This is almost certainly untrue. This story, though, was put to dual use: discrediting sexuality in general and disempowering women in particular. These images were compounded across time, put to use to support one narrative after another, in contexts that defined the Christian world including difficulties with theological diversity. authority of all-male leadership hierarchy. Through each of these contexts the reinvention of Mary Magdalene played their role.

Confusion starts with gospels themselves. Several women come into story at various points and with various energy. There were many women, many Mary’s, and many unnamed women. To understand Mary Magdalene we need to unravel the stories of these women. Further complicating these narratives is the fact that the gospels are not eyewitness accounts. Written 35-65 years after the events occurred, they instead brought together different oral traditions from diverse Christian communities.

So when we read about Mary Magdalene in the Bible, we’re not getting pure history. Rather, we’re getting but memory shaped by time, emphasis, and efforts to make distinct theological points. In that early period, as evidenced by a comparison of the different gospel accounts, memory can become blurred.

The confusion begins in her personal story in Luke 8. She’s identified in the list of women who provided for Jesus and the disciples out of their resources. Soon afterwards Jesus went about the villages proclaiming the good news of Kingdom of God. The Twelve were with him as well as many women who had been cured. “Mary, called Magdalene, from whom seven demons had gone out, and Joanna, the wife of Herod’s steward Chuza, and Susanna, and many others.”

Two things to note. First, that these women provided for Jesus and the Twelve suggests that they were well-to-do and respectable. Second, they had all been cured of something. These “seven demons” indicates an ailment, most likely not a possession, of a severity. Perhaps a physical or maybe mental illness. We just don’t know. When the gospel was written by Gentiles unfamiliar with such coded language, the demons were later interpreted as a moral infirmity.

This takes on a heated theme because of what precedes it in Luke 7. One of Pharisees asks Jesus to eat with him. He went in and the woman in the city who was a sinner brought an alabaster jar of ointment, anointed him, and began to bathe feet with tears. The Pharisees who invited him saw it and said “if this man were a prophet, he would have known who this is!” But he doesn’t condemn her or even deflect her efforts. Instead, he shows her great love.

Jesus said to her: your faith has saved you, go in peace! This story would eventually become the dramatic high point of the story of Mary Magdalene! This would be attached to her later and rendered by great artists. But even a casual reading of the text, even though it’s next to Luke 8, suggests that the two women were not the same. Other chapters and texts in the gospels add to the complexity. … In other passages, Mary Magdalene is associated by name with the burial of Jesus, which helps explain why it’s easy to confuse the anonymous woman (who anointed him) with Mary.

All four gospels imply that she played a leading role among those who accompanied Jesus in his ministry and were witnesses to his burial and resurrection. When apostles are mentioned, Mary Magdalene is often mentioned first. When many apostles fled in fear, she and John and Mary, mother of Jesus, stay. They have the courage and devotion to keep company at the foot of the cross while he hangs there slowly dying.

They hurry to bury him, as the sabbath begins at night. Mary Magdalene and another woman stay and watch by the tomb to prevent anyone from taking him away. There is not time for them to anoint his body with spices, as is the custom. So on the first day after the sabbath, Mary Magdalene and a few others come with the spices to ensure that he has a decent burial.

The four gospels differ of course, but they all say that the women find the stone rolled back and the tomb empty. They encounter either one or two young men who say that Jesus had risen, just as he had said. In Matthew, Mark, and John, Jesus appears to Mary Magdalene and tells them to go and deliver the news to the disciples that he had risen. Characteristically, the men dismiss this news as “women’s nonsense” until Peter actually goes to see the tomb for himself. Then Jesus comes to them and even eats with them to prove that he’s real.

As the story of Jesus was told over and over again, details details would shift and confusion among accounts would occur. Out of these various interpretations a new characters was created for Mary Magdalene. … For example, according to one tradition Mary Magdalene was the woman at the wedding feast at Cana, and the disciple John was her husband. After John left her to follow Jesus, Mary went out in jealousy and began to sell herself in despair. In another tradition, Mary Magdalene becomes the woman “taken in adultery” who was not condemned by Jesus to be stoned.

But this is still not the main thing that has affected how she has been seen throughout history. The main transformation in the story of Mary Magdalene was the manipulation of her image by those who wanted to maintain male-only power in the first centuries of the Christian Era. Her early power and authority was deliberately diminished. …

So what can we learn from the Mary Magdalene of the Bible?

First: persistence. She was stunned at the tomb but did not give up. We give up on God too easily sometimes. Mary Magdalene waited. She didn’t let outward appearances deter her from what she was seeking. She wanted to see Jesus even though it looked impossible.

Sincerity: she offered to carry Jesus back to the tomb. Sometimes we put on a good show, but Mary was sincere in her desire to serve.

Enthusiasm: once she learned about Jesus’s resurrection, she did not let anything stop her from telling others. She was an apostle to the apostles because of that role. Have you ever been overflowing with enthusiasm and needed to tell everyone? That’s what Mary Magdalene felt and did.

Why was she persistent, sincere, and enthusiastic? Because of the teachings of Jesus. His whole ministry was about challenging complacency and the established way of things, to help see ourselves, others, and God through new eyes, to know that everyone is equally and very important in God’s eyes. Mary Magdalene helps us to do this. From Mary Magdalene we can learn about the special persistence in waiting for Jesus, the sincerity of searching for him, and the enthusiasm of telling others about him.