Amos, Kushites and the Covenant Relationship with YHWH 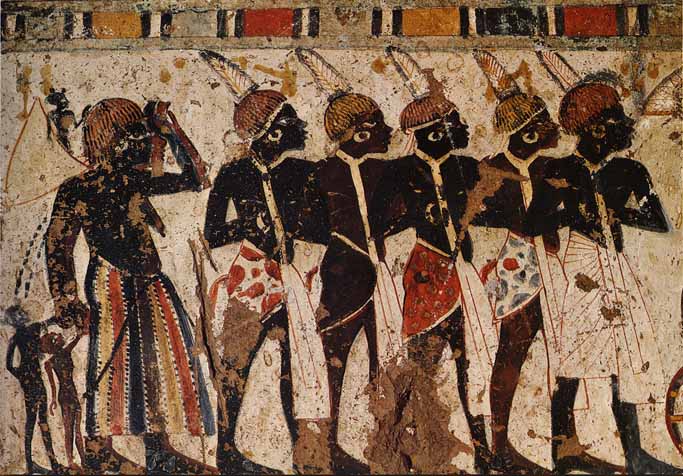 Amos is often described as a prophet who advocated for justice and righteousness. However, though he fervently condemned the Northern Kingdom and Judea for the indulgences taken by them and their clear violations of Mosaic Law, the question can be asked whether his harsh words due to their disobedience. Some have speculated that the distinction Amos made between the Kushite and the Israelite in Amos 9:7 suggests that Amos may have been racist. Conversely, an examination of biblical narratives that involve people from Kush in the Old Testament and the etymology of the word and concept of race propose an alternative answer for this question.

It was common in the 17th and 18th centuries to categorize groups by geographic location. In the first edition of the Systema Naturae (1735), Swedish botanist and physician Carl Linnaeus described a taxonomic system which divided these groups into four categories: European albesc, Americanus rubesc, Asiaticus fuscus, Africanus nigr.[1] Johann Frederick Blumenbach also separated humans into 5 groups by geographical location, with Caucasian denoted as the first and largest group.[2] Nevertheless, it is Francois Bernier who is most widely recognized for his specific organization of the human races. Through his travels, including a 12 year trek that would take him to Egypt, India and Persia, he was the first use to term “race” in the contemporary treatment of the term, with groups separated by physical characteristics such as skin color.[3]

“Under the second species I put the whole of Africa, except the coasts I have spoken of. What induces me to make a different species of the Africans, are…2. The blackness which is peculiar to them, and which is not caused by the sun…their children are just as black, and so are all their descendants until they come to marry with white women.”[4]

In biblical literature, the word “race” more often appears in New Testament passages, with the connection indicating the human race, tribe, an individual or a group who are foreign or a nation, not necessarily marked by skin color.[5] The word mamzel, as used in the verse found in Zechariah 9:6, is sometimes translated as “mongrel race” though other translations refer to the word as meaning “bastard”, in regards to birth.[6] With little connections to modern perceptions of race, it can be said that the concept and reality of race differed in the time of Amos’ prophetic ministry, in that race was not necessarily a physical attribute considered by the Assyrians, Israelites, Philistines and Kushite people but rather a concept introduced as clear distinctions were drawn among the human races, more specially, during the advent of the Transatlantic Slave Trade. As it appears, the concept of race is one that was established some time after Amos.

The people of Kush appear throughout the Old Testament, however, I have chosen to focus on 5 specific interactions with peoples who emerged from the kingdom of Kush. The first, and perhaps one of most famous is Zipporah, a Midianite (associated with Cush), daughter of Jethro and wife of the prophet Moses. Miriam and Aaron question Moses’ marriage to the “Kushite woman”, presumably Zipporah, and for reasons that one can only speculate, only Miriam is struck with her skin turning “leprous as snow”. In respect to the former, the challenge is presented as a matter of difference in relationship with YHWH. Simply put, the people of Kush did not have a covenant relationship with YHWH as the Israelites did. The Kushite, in this instance, was regarded as other. Whether the “us” in the passage refers to Aaron and Miriam or the Israelites, it was clear that this “Kushite woman” was not like them. However, just as in other cases, skin color specifically is not used as a marker of variance.

Another common reference of Kush is used in Jeremiah 13:23. Can an Ethiopian change his skin or a leopard its spots? Though there is a direct mention of skin, as Gene Rice notes in his text “Is Amos A Racist?”, the question refers to the ability to defer from certain habits one is accustomed to in regards to faith.[7] In Genesis 10:8-9, Kush was the father of Nimrod, with YHWH proclaiming him to be a great warrior, indicating that YHWH was not deterred by his origin. Ebed-melech, a Cushite and servant in the court of King Zedekiah, was instrumental in saving the prophet Jeremiah in Jeremiah 38:7-13. Lastly, it was a Kushite who came to King David to tell him that his son Absalom had been killed in 2 Samuel 18:31. This messenger unexpectedly mentions YHWH and shows that the Israelites were not the only group who were aware of the presence of and had some sort of hierarchal relationship with YHWH. These examples present an interaction of two peoples separated not by race but by a divine covenant.

As shown by Old Testament narratives about the people of Kush as well as an examination of the concept of race, it can be reasonably suggested that Amos’s interest was not in racial superiority or inferiority, but the commitment made by the Israelites to the YHWH and Mosaic Law.

[1] Slotkin, “Racial classification of the seventeenth and eighteenth centuries,” 460.

[4] J. S. Slotkin, “Racial classification of the seventeenth and eighteenth centuries,” Transactions of the Wisconsin Academy of Sciences, Arts and Letters volume XXXVI (1944): 461.

[5] Slotkin, “Racial classification of the seventeenth and eighteenth centuries,” 462.