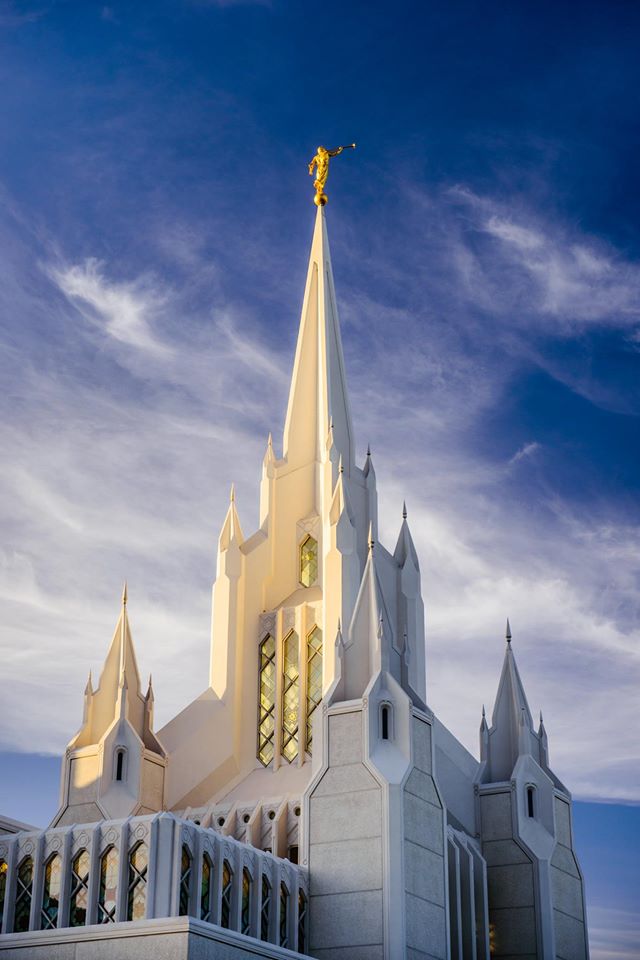 American Temples by Scott Jarvie is a beautiful tribute to LDS Temples built in the United States. Scott spent more than a year living on the road out of an Airstream, traveling more than 40,000 miles from the west coast to the east and back again five times, photographing each LDS temple as he went. Some people might him crazy at worse and ambitious at best; both might apply to Scott, though. He’s spent the past 10 years photographing mainly weddings. He’s not only traveled the United States extensively as a wedding photographer, but also Europe. His inspiration to travel the U.S. and photograph every temple was, in fact, inspiration. In the introduction to the book, he explains:

In March of 2013, I went on a road trip to photograph the American Southwest, and somewhere between the Grand Canyon and the Utah border I had “one of those days.” The kind of day that takes a crazy turn. The kind of day where one minute everything is peachy, you haven’t got a care in the world, and you’re content with life – and the next minute something has changed. It’s as if God says, “I see you’re satisfied… don’t be!”

I didn’t take off on that two-week road trip for the purpose of self reflection or to figure things out, but simply to fulfill the itch of photography and see new places. I was happy, my career was going well, but inside my heart was placed a seed of desire to do more, and I suddenly sensed a big hole in my life… when a little idea began to creep in… Something that had even been suggested by a friend previously but that I had rejected as an impossibility: What about making a temple book?

Each temple features an “Interesting Facts” section, which talks about things like square footage, announcement date, completion date, dedication, and short stories or facts about it.  For example, did you know that the Portland temple sits on land originally purchased in the 60’s that the church was going to use for junior college? It wasn’t until after that decision was reversed that they decided to use the land for the temple. How about the fact that the Palmyra temple waiting area windows are etched with a leaf and tree design, reflecting the idea of the Sacred Grove, but at the request of President Hinckley, they were left transparent in stead of stained glass, so that you can look out the window and see the Sacred Grove.

Most temples also feature short, personal stories from people. Most talk of the temple’s dedication or a personal story from the person about the temple, showing how important the temple is.

Since this is a book of photographs, here are just some of the beautiful pictures (click on the image to get a larger image). 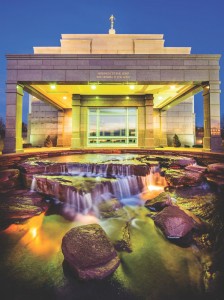 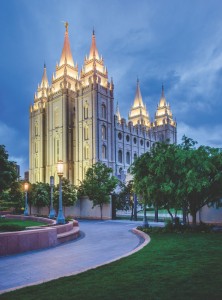 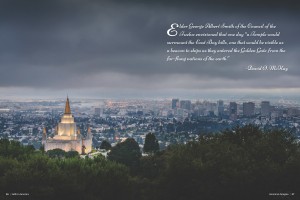 Scott was kind enough to create a coupon for RationalFaith’s readers. At checkout, enter rationalfaiths and you’ll get 10% off.

*Full disclosure: RationalFaiths will not receive any compensation for your purchase of a book using the coupon code provided. Scott wanted to give us a cut, but we declined. He was kind enough to offer our readers a coupon instead.