Addressing Issues that can Test our Faith: Part I 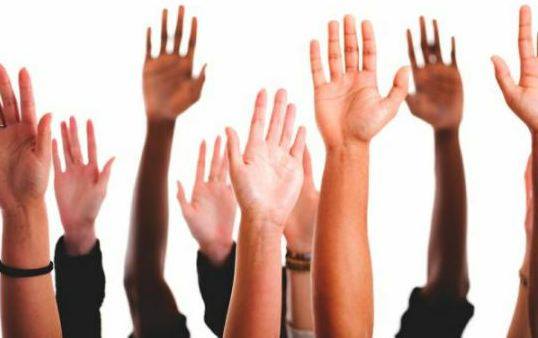 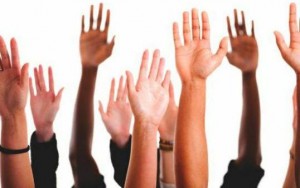 At least monthly, my Stake President receives letters from church headquarters in Salt Lake stating that a member of the stake has requested that their name be removed from church records. He has noticed that the number of letters is increasing.

My Stake President disclosed this information on Sunday to a group of approximately 100 stake members who had come to participate in the first of a series of “dialogues with the Stake President.” In the weeks leading up to the event, ward and stake leaders promoted the event via e-mail, over the pulpit, and in ward bulletins. The announcement in my bulletin read, “Over the course of our membership in the Church, it is not unusual to encounter challenging issues that can test our faith. . . . Our hope is that we can create an atmosphere that fosters candid and constructive dialogue and is conducive to the Spirit.” As someone who has found many issues that have tested my faith, I was curious to see what my Stake President had to say.

After explaining the letters from Salt Lake, my Stake President (hereafter “SP”) also noted that he frequently gets questions from stake members about historical, doctrinal, and policy issues that are troubling them. The idea for these “discussions” came as a response.

1. How do you handle contradictory witnesses of the Spirit?
2. What are your thoughts about someone receiving personal revelation that is contrary to church doctrine or policy?
3. How do we deal with silence from heaven?
4. Does holding the priesthood impact personal revelation?
5. Is green tea against the Word of Wisdom?
6. What patterns do you see from those who are leaving the church (so that we can avoid them)?
7. Please comment on the pace of societal change vs. the pace of revelation.
8. Please comment on receiving revelation concerning major life changes.
9. What happens when you receive personal revelation, but it doesn’t come true or happen. What then?
10. What do you do when your heart and mind disagree?

He began addressing the issues by going off a script he had prepared for questions he anticipated people asking. There was some overlap with his prepared remarks and the questions from the audience, but some issues he addressed, or tried to address directly. He did not answer the questions in order, so the discussion jumped around a bit. At times he asked his wife or another member of the stake presidency to comment, and a few times he asked audience members to give some particular insight. There were times when no one really had a good answer. Below are my notes summarizing the questions and answers.

Q: What happens when you receive personal revelation, but it doesn’t come true or happen. What then?

A. Others have their own agency. He gave an example of someone feeling like they should marry someone, but that that person said no. Others are free to exercise their own agency, just like we are.

Q. How do we deal with silence from heaven?

A. Sometimes the Lord has little to say about important things, and lots to say about seemingly trivial things.

A. The SP put the following spectrum on the board:

He asked when we have an important life decision, when should we go to God to ask for confirmation. He noted that many believe that it is after you make the decision. He said that experience is that God frequently doesn’t answer until you take 1st steps. He noted that he perseverated for weeks about whether to ask his now wife to marry him. He wasn’t getting confirmation. It wasn’t until he asked her, and she said yes, that he received confirmation that it was the right decision.

Q. What do you do when your heart and mind disagree?

One of the SP councilors told a story of how Wilford Woodruff felt that they should build a sugar factory. He organized a committee that included some of the most respected and educated people in the area. They all advised him that the venture would be a failure and would bankrupt the church. Not satisfied, he called another committee and they told him the same thing, “don’t do it.” A third committee advised the same. Pres. Woodruff went ahead, and the sugar factory was a success that may have even saved the church from bankruptcy. The SP councilor suggested that when you know what revelation feels like, you should listen to it, and that we should trust that over what our minds say. Nevertheless, the SP noted that this doesn’t mean we shouldn’t just rely on revelation. Asking questions is critically important.

He noted that the church was a leader in women’s rights in the early church history, but that many believe we’ve fallen behind today. He stated that we believe in ongoing revelation and referenced the ninth Article of Faith which states that “we believe that He will yet reveal many great and important things pertaining to the kingdom of God.” He urged patience, and suggested that we as a people need to be ready before change will happen.

Q. Is Green Tea Against the Word of Wisdom?

A. Yes. He asked the First Presidency and that was the answer they gave.

Q. What patterns do you see from those who are leaving the church (so that we can avoid them)?

A. He noted that many have issues or questions about societal issues. We as a church haven’t been as open and loving to questioners as we could have been. He urged us to love those who question and to help those who want to be Latter-day Saints to feel like they belong.

A. No. He said that his wife has received just as much, if not more revelation about their family than he has. She gave an example of how they were going to buy a house that she was incredibly excited about. But just before the “irreversible step” phase, she had a strong feeling that it was the wrong house, and that they needed to find a house in a different town.

Q. What are your thoughts about someone receiving personal revelation that is contrary to church doctrine or policy?

In response to this question, one of the SP councilors suggested that it really depends on whether the thing you are receiving revelation about is in your area of stewardship. The SP gave an example of how he has a strong impression that a current church policy was hurting families, and he made several attempts to change the policy. He met several times with members of the First Presidency about the issue, and each time the answer was no. He indicated that he would still like to see the policy changed, but that he also subsequently had an impression that those who comply with the current policy will be blessed.

There were a few other things he said that didn’t exactly relate to the questions asked, but I wrote them down:

My Thoughts on the Meeting

I am glad that my SP is doing this. He was clear that he recognizes that many people are struggling with these issues, and he is doing what he can to address them. I give him an A for effort. I think that many members of the church would be in a much better place if they had church leaders who recognize that there are issues, help members struggling to feel that their concerns are valid, and are trying to help.

As someone who has already gone through a faith crisis and is trying to rebuild my faith, much of the meeting felt a little too late for me. I was well into my faith crisis before I found others who were struggling with similar issues. My support group started with online communities, which helped me to eventually connect with local members who had or were going through similar struggles. Having local support was critical to supporting my desire to, at a minimum, keep going to church. One benefit I see coming from these SP discussions is an opportunity to identify other ward and stake members who are (a) aware of these issues and (b) willing to discuss them. In a sense I felt like my support group was underground, whereas on Sunday I was surrounded by at least 100 fellow travelers in a “sanctioned” forum. I believe that removing the fear and stigma of being thought of as a doubter or questioner will go a long way towards helping members who want to try and stay in the church and navigate these difficult issues.