A Year of Biblical Womanhood: A Book Review 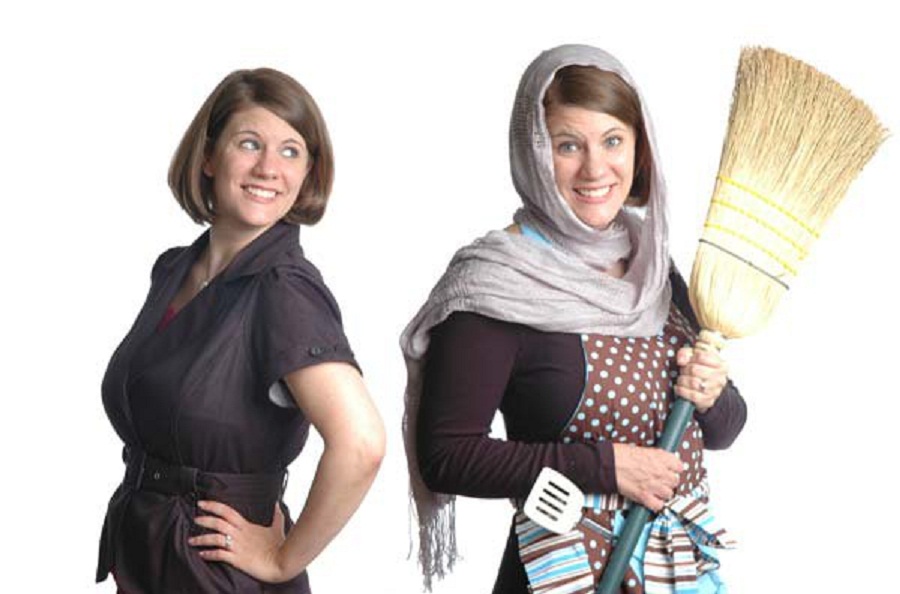 I can’t stop talking about evangelical writer and blogger Rachel Held Evans and her book A Year of Biblical Womanhood. Seriously, if you consider yourself a close personal friend and I haven’t mentioned this book to you, you need to re-evaluate our relationship. For those unfamiliar with Evans, she spends a year trying to follow all the commandments in the Bible regarding the behavior of women.

Evans had me at the introduction to her book, where she describes her relationship with Evangelical Christianity: “despite the fact that I vote for Democrats, believe in evolution, and am no longer convinced that everyone different from me goes to hell…Evangelicalism is like my religious mother tongue…And it’s the language in which I most often hear God’s voice.” As a questioning and highly unorthodox Mormon, this description of a religious mother tongue resonated with me deeply. For the first time, I felt like someone finally understood me, and why I continue to interact with Mormonism despite numerous doubts and questions. While it surprised me to feel this level of connection with an Evangelical Christian, it was a happy surprise.

It was also surprising to find a woman of a different faith system struggling with doubts and frustrations similar to those which have plagued me my entire adult life.  Evans frequently addresses concerns voiced by Mormon feminists and what I lovingly refer to as “fringy Mormons.” From questions regarding the commandment in Ephesians for wives to “submit to your husbands as to the Lord,” to questions about the “dark stories” from the Bible, I kept comparing Evans journey to my own questions as a Mormon. How can men and women be “equal partners” in a Mormon home when men “preside” over their wives? How to I come to terms the LDS Church’s consistent white-washing of our history and our own “dark stories?”

I still don’t have an answer to those questions, but reading A Year of Biblical Womanhood granted me new insights, and yes, a great degree of comfort as I learned that I am not alone in my need for increased equality and honesty in my religious tradition. I was particularly struck by the chapter on “Submission,” in which Evans debates whether God truly wants women to submit unto men, or, in Mormon-speak, if God truly wants men presiding over their wives (and everything else, come to think of it.)

While Mormon Doctrine frequently encourages men to “preside” over their home and various church callings, it also encourages men and women to work as “equal partners” in the home. Similarly, whenever I claim that I feel men and women are treated unequally in the church due to the lack of female leadership, many are quick to remind me of all the important leadership callings women are granted within the church.

However, it is important to point out that the Mormon Church operates in both private and public spaces, with differing messages based on which “space” you inhabit.  In public, the church makes a concerted effort to promote messages of equality between men and women. Often men and women’s roles are described as inherently different, but equally important. However, in private spaces, like the Temple, women are bound to a patriarchal hierarchy, covenanting in the Temple to serve and give themselves unto men, as those men serve God. Likewise, while women do publically serve in numerous leadership positions within the church, it is only under the direction of men. And when decisions are made regarding doctrine, finances, and over-all church functioning, those decisions are made in private, by unilaterally male leadership. It difficult to navigate which space, the private or the public, represents God’s wish for men and women of the church.

Evans suggests that private and public spaces should exist within the church, but in a different manner than currently exhibited by mainstream Christianity and Mormonism. She cites Peter 2:16, which exhorts Christians to “submit to one another out of reverence for Christ.” Instead of advocating inequality in private and equality in public, men and women should practice equality in both spaces, mutually recognizing the Savior as the only needed intermediary between people and God.

While I was encouraged by Evans’ nuanced view of gender roles, my favorite part of A Year of Biblical Womanhood occurs when Evans decides to honor the women of the “dark stories” found in the Bible. Evans tells the story of Jephthah, who sacrificed his only daughter in order to win a battle against the Ammonites. We read of Hagar and Tamar, who both faced violence and destruction from circumstances out of their control. Evans describes the need to honor and remember these women, holding a ceremony with friends in which they read poetry and create art dedicated to the victims of Biblical misogyny. Evans notes that “sometimes taking the Bible seriously means confronting the parts we don’t like or understand and sitting with them for a while.”

As a Mormon I wish I was given the opportunity to publically mourn our own “dark stories.” Instead of a white-washed history, and the church’s new internet search engine created to eliminate alternate (and often more accurate) views of Mormon history, I wish we could mourn the Mormon victims of violence and misogyny. I wish we had poetry dedicated to the teenage brides of Joseph Smith. That we sat for a while with our violent history of homophobia without trying to like or understand our mistakes. There’s a sad beauty in Evans suggestion that “it is our responsibility as women as faith to guard the dark stories.”

While I secretly hoped Evans could somehow answer all my questions about religion, (we were so similar! I like Democrats too!) In the end, I was happy to finish the book with more questions.  But instead of the usual frustration I feel while questioning Mormonism, these were happy questions: How can I teach my daughter about her Mormon heritage in an honest and meaningful way? How can I honor my “dark stories” while hoping for equality in the church? Good questions for anyone, Evangelical and Mormon alike.

To listen to Stephanie chat with the author on a Mormon Stories podcast episode, click here.

Stephanie Lauritzen is a high school English teacher and sewing enthusiast. She is a freelance writer and author of The Mormon Child Bride Blog.

All posts by Stephanie Lauritzen