A Transhumanist Interpretation of the Gospel 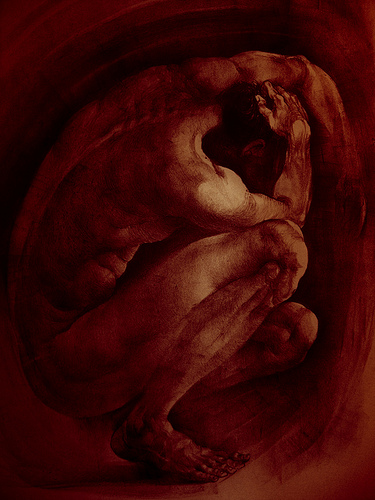 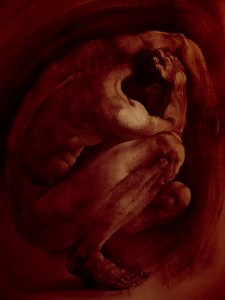 This is the third in a five-part series on Mormon Transhumanism. The first part was an introduction to transhumanism written by James Carroll and I wrote the second part, comparing transhumanism and Mormonism.

At the core of Mormonism is the Gospel of Christ, which is essentially a transhumanist undertaking―something designed to elevate humanity and help it to achieve the measure of its creation, which is ultimately to become like Christ, the prototypical human (or posthuman) ideal, or whatever is good definitionally—our understanding of which is itself progressing.

Faith is a critical prerequisite. In order to achieve our posthuman potential, we must believe in the possibility of improvement and the value of doing so, both as individuals and as communities. It is not only important for us to believe in our own capacity for improvement; we must also believe that others have gone before us. This is not merely a test of loyalty; our belief in the existence of other more advanced civilizations strongly and directly impacts our own likelihood of achieving posthumanity.

While belief in the existence of such “divine” communities is crucial, the astute will recognize that such arguments are insufficient grounds for worship in the traditional sense. “Let’s assume,” one might respond, “that we are not the most advanced civilization ever to exist—that advanced beings are out there that would qualify as gods to you and me, perhaps that even shaped the processes that formed our world or universe. What evidence do we have that they care about us at all, and what grounds would we have for worshipping them or for them to desire such worship?”

If worship is merely telling someone how great they are all the time, the question is certainly valid. But if we understand worship as a sense of profound awe and a strong desire to emulate the goodness we observe in our superiors, then the very existence of such beings is sufficient grounds for worship, and it takes place whenever we try to follow in their footsteps. Assuming they possess the qualities that humans value to a transcendent degree, such beings would necessarily have compassion on other progressing intelligences (even more so their own creations) and would also desire to commune with them to the extent such communion is possible and beneficial.

Undertaking such emulation is a harrowing process that is fraught with struggles and setbacks, one in which we are in need of constant repentance—course corrections that we make as individuals, communities and civilizations in response to the feedback mechanisms we experience in our individual lives and in the broader macroscopic trends we observe at all levels of our existence. If we do not procrastinate our repentance to the point of extinction, we are given the opportunity to gain wisdom, learning from our sins and mistakes to choose more sustainable paths in the future—paths that lead to human flourishing. 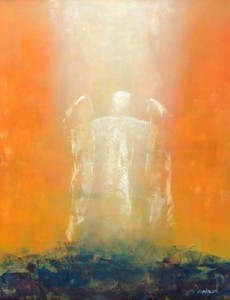 Throughout this process we are in constant need of Christ’s grace, which flows to us from his body, or the divine community, which is comprised of all those who have followed the path of the Messiah or anointed one, of which Jesus was our chief exemplar. We can think of grace as everything we inherit from those who have gone before us, that gives us the opportunity to grow and progress. We are all the beneficiaries of countless unmerited gifts. The DNA molecules that our lives depend on were formed by forces that came before us. We walk and drive on streets that others built, breathe air that others didn’t pollute and have knowledge that others discovered. To the extent that we, due to the efforts of those in the divine community who have gone before us, are presently in a condition where we have the time and capacity to make choices, we are in a state of grace. In this and in other ways, Christ has atoned for our shortcomings and given us all things that are necessary for our ongoing sustenance from day to day so that we can continue to progress towards posthumanity.

The rituals of baptism, the laying on of hands for the gift of the Holy Spirit and the emblems of the Sacrament of the Lord’s Supper (among other sacraments, or “ordinances” in Mormon parlance) give us the opportunity to reflect upon and renew our commitment to this cause, to strengthen our own resolve and the bonds of our fellowship in this journey of eternal progression.

The culmination of this progress will occur when the entire body of Christ, of which we have become a part, is clothed in immortality and eternal life, attaining its full posthuman and celestial glory. Of course, such a crowning achievement does not signify an end to our eternal progression. The inhabitants of the celestial order become aware of yet higher orders that they may attain. As Jesus said, “whoever believes in me will do the works I have been doing, and they will do even greater things than these. . .” (John 14:12, NIV). 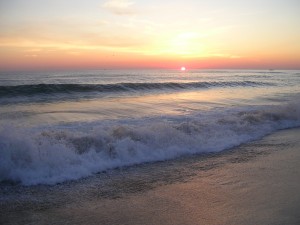 It’s important to emphasize that this transhumanist interpretation of Christianity and Mormonism does not provide compelling justifications for all the practices and idiosyncrasies of these faith traditions. But I hope that it helps Christians (and Mormons in particular) to realize that many of their most important beliefs need not compete with a scientific naturalist world view. In addition to providing another way of looking at the gospel, I believe that it provides more inspiring visions of humanity’s future that both secular and religious people can work towards.

“If you want to build a ship, don’t drum up [people] to gather wood, divide the work and give orders. Instead, teach them to yearn for the vast and endless sea.” (Antoine de Saint-Exupéry)

Carl serves as director and CIO of the Mormon Transhumanist Association, a non-profit organization dedicated to promoting greater understanding between secular and religious people, as well as radical human flourishing in creativity and compassion through the charitable use of science and technology. Carl has worked as a software engineer for over fifteen years, and is currently employed by Cisco Systems in England. He served a mission in Brazil from 1994-96, afterwards receiving a BA in Portuguese with a music minor from Brigham Young University and an MS in computer science from the University of Washington. He and his wife, Kami, have four children. Carl enjoys woodworking, reading, history, religion, armchair philosophy, singing, and playing various musical instruments.

All posts by Carl Youngblood