A Reflection on Latter-Day Patriotism 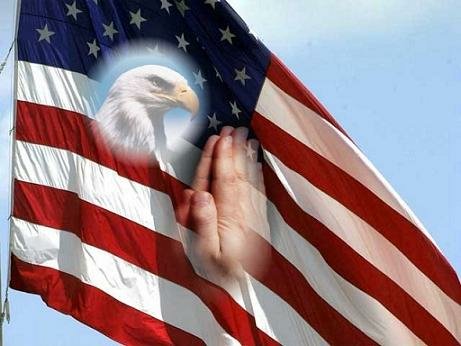 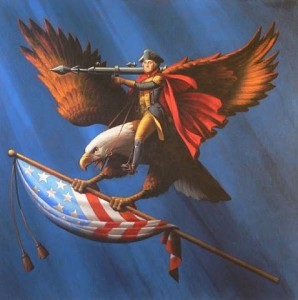 Brothers and Sisters, we are nearing a very important date this week. For those of you who are not from the United States, this week we will be celebrating July 4th, which is a celebration of the day our founding fathers decided that they were sick of doing their taxes. Honestly, I can’t really blame them. They wrote a wonderful document to the IRS (AKA Great Britian) called the Declaration of Independence. It goes like this-

“If I leave here tomorrow
Would you still remember me?
For I must be traveling on, now,
‘Cause there’s too many places I’ve got to see.
But, if I stayed here with you, girl,
Things just couldn’t be the same.
‘Cause I’m as free as a bird now,
And this bird you can not change.
Oh… oh… oh… oh… oh…
And the bird you cannot change.”

Or something like that. Anyway, many people may begin reading, and say to themselves, “Wait a minute. Why are we talking about political history on a religion blog?” Well, the thing is, Latter-Day Saints in the United States are among the most patriotic of Americans. We know the real historical narrative of how our country came to be and why things happened the way they did. After a little unpacking, you all will see why us Latter-Day Saints love our country so much.

You see, around 600 B.C., a prophet named Lehi and his family felt like they couldn’t worship as they pleased. So, they decided to cross the ocean and seek a country that would allow them to freely worship their God. So, they arrived in America after a long and arduous voyage across the ocean. Woah! That sounds just like the Puritans! Coincidence? I think not! Now, I know what you’re saying. “My mission president said there is evidence that the Book of Mormon took place in _____________ (Insert Latin American country here)!” But every 4th of July Sunday in every ward I’ve ever been in reminds me that the Book of Mormon offers promises to The United States of America. So, even if they arrived in _______________(Insert ANY country here), we know that the promises are actually for The United States, because…well, because we’re the best. The Book of Mormon even mentions Christopher Columbus, who discovered America, which proves America is the land of promise. Sure, he never made to continental North America, but that is just a technicality. Plus, we know Cuba DEFINITELY isn’t the promised land. They do make good sandwiches, though.

Anyway, there are many reasons why Mormons are so well known for their patriotism. The United States was a country that offered religious freedom for all. It’s humble Puritan roots in the New England colonies allowed for completely free expression of religious though . Anyone could come here and worship God in their distinct way. Well, unless you were a Catholic, and then you would not be allowed to vote for a while. Or unless you were a lapsed Quaker or disagreed with Puritanism- then you were exiled, and in some rare cases, executed. Or unless you had a skin color that was identified by the state as something other than “White”. Or unless you believed something other than Christianity. Alright…Lets just say our country offered religious liberties to white Protestants who believed basically what everyone else believed. All of this set the stage for the Restoration of the Gospel.

Joseph Smith witnessed the First Vision in 1820, in which God the Father and his son Jesus Christ told him that all faiths had become corrupted and God’s church needed to be restored to the Earth. As I mentioned earlier, no place was better prepared for the Restoration. I mean, could you imagine if they would have established their faith in a country that was hostile to their faith and principles? In any other country, they might have done horrible things to our members, seized our property, killed our leaders, and forced us out into a barren desert as a result of an extermination order issued by a political leader! I mean, can you imagine how bad things could have progressed?

Another reason why so many Latter Day Saints are so patriotic and conservative- we feel right at home with our patriotic, Conservative brethren from other faiths! Sure, we diverge on a number of social issues. Sure, the Evangelical right still considers us a dangerous cult. Sure, when we presented a candidate last election, he was vilified for his strange beliefs and constantly harangued about his “magic undergarments”. But we’re making progress, right? They just don’t realize how much we have in common!

The final reason is the fact that Zion will be on the American continent. Members of the church here in the US are paving the way for our egalitarian, Christ led utopia by starting up venture capitalist firms and creative multi-level marketing schemes, therefore amassing the incredible amounts of wealth that will be so gleefully distributed during the Millennium. Happy 4th of July, everyone.