A hospital for the sick 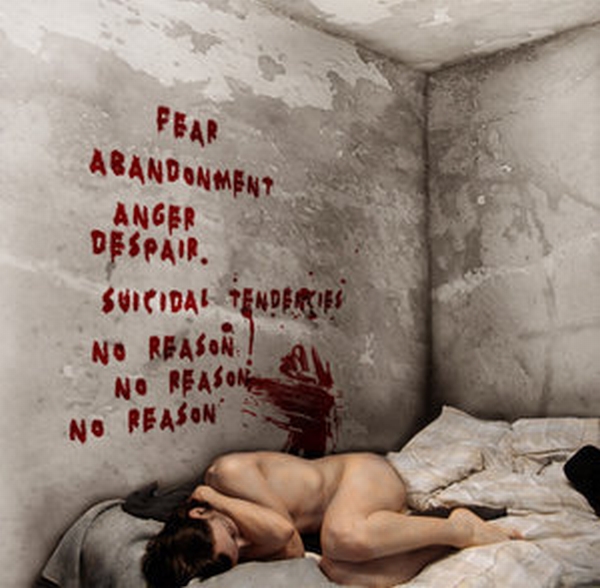 I have been holding on to this idea for a post for a while, and last week had decided that the time is far past to address this issue. It was to my great surprise then that Elder Holland’s conference talk dealt so frankly with mental illness. Of course, his main focus was depression, but many of his words are entirely applicable across the entire spectrum of mental disorders and illnesses. Simply because others can’t see it does not mean it is not there—if one would not tell a cancer patient to “just suck it up” it is inappropriate to do it to someone who suffers from a mental illness.

All names within this narrative have been changed and some of the details tweaked slightly to protect privacy, but otherwise this narrative is a true account. This is a story of a woman I know named Sally told in her own words. It is my hope that you will read and internalize this narrative and use it in your daily lives to remember to be good to others who are struggling and to not minimize their pain because it is very real. ***TRIGGER WARNING: SEXUAL ASSAULT, DOMESTIC VIOLENCE***

I grew up in a big family with the type of relatively normal life that comes from being one child of a large family. I wasn’t so much neglected as I was sort of left to fend for myself a bit more than usual. I come from a part-member household and so the level of my religious participation was up to me, there was neither pressure applied nor direction given. I chose to be active.

As late teenage girls can sometimes be I was intensely boy crazy. Looking back I am not entirely sure why this was; whether it was something natural or something I forced because it was how my girlfriends acted. Either way, I played my part dutifully. However, school was important to me and so I had a self-imposed age of when I felt it would be appropriate for me personally to date.

In August of 1998 I met a boy who I thought was surely the man of my dreams. I had always struggled with low self-esteem and I was very shy. Here I was now, the girlfriend of a handsome and only slightly older boy (less than a year). It was everything I thought I ever wanted. Our relationship progressed mostly first functioning as a friendship we would talk on the phone until all hours of the morning frequently robbing me of the sleep I desperately needed for my demanding summer job. It had been worth every second though—talking to him was like a dream come true and so I remember the first time he ever told me he loved me; the first time anyone had told me that in a romantic way. It was Heaven on earth.

On October 15, 1998 was the first time he ever raped me. It started out as a hug and a kiss and a holding close on a cold Autumn day. It ended in one of the most horrific experiences I have ever known. Afterwards I was so in shock that I thought surely I must had dreamed it. I pushed and pushed it out of my head as if there was no way it could have happened. I attempted to go on like normal in the relationship, but he had changed. It only started out with a slap here, and a push there. Then there were fists, and choking. On average, he would beat me several times a week. Every time he would be sorry afterward and tell me he would never do it again and every time I believed him until I didn’t anymore.

I tried to leave him and he told me that “no one ever leaves [him]” I knew that until he was done with me or I was dead I would never get out. He proceeded to beat and rape me for the entirety of our relationship. I was broken down to such an extent that I thought the only way my parents would ever see me again was in a body bag, and I welcomed that; anything to get me home. At almost one year after we first started dating he met someone who was not damaged goods as I was. He had ruined my body and my soul and summarily dismissed me. I was glad to be gone, but I had come to depend on the almost ritual fashion in which he treated me. I always knew what was coming from him…eventually.

Being free was like having a new life all over again. I felt that I had done it, I had escaped his grasp and I was going to be okay. I was not. I acted out sexually for a short time though I didn’t know why. I knew I hated sex now and every man was a possible perpetrator. It was all they wanted, so I might as well do it on my terms. I did get married to a non-member who was a good man. A few months after our wedding I had a complete mental breakdown. I wound up in the hospital for a week. During that week doctor after doctor attempted to tell me what was wrong with me. I wouldn’t tell any of them about my time with Rob. I was ashamed and felt that it had somehow been my own fault and no one could ever know about it. They gave me all sorts of different drugs to try and keep me from killing myself. Some left me a robot, others did nothing, and still others only served as further temptation to finish the job and kill myself already.

I went from therapist to therapist always avoiding the elephant in the room—always guarding my biggest secret. All the while I was becoming more and more fearful of interaction. My anxiety would flare up unexpectedly and there were times when I didn’t leave the house for weeks at a time and certainly never without an escort. I ultimately divorced and had to navigate life alone again.
Finally I found a therapist that for some reason allowed me to be open about what had happened. I laid it all on her and being familiar with my other symptoms she formally diagnosed me with PTSD. I had only a very small idea of what PTSD meant having heard of it in passing many years earlier. I thought she must be wrong, only people in the military have PTSD, not me. She explained that I did and went over all the symptoms with me. The night terrors, the crippling anxiety, the irrational fear of new situations and people were all symptoms related to the problem.

When I returned to Church for good it was a nightmare. There were so many new people wanting to shake my hand or sit with me, so many men coming close to me and tapping me to get my attention that it was a living hell. I needed the gospel in my life though, I needed to heal.

PTSD is thrown around very easily nowadays, and people think it is merely something that people can deal with and get over. I often have people tell me I can leave the house when I cannot. They tell me to smile because it is not so bad. They tell me all sorts of things that make them comfortable with the uncomfortableness they face because of me. I have managed these symptoms for a very long time, and it is very hard to be an active member of The Church dealing with this quietly. My brain is fundamentally altered. If you do not have PTSD you do not know what it is like so please be careful with your language, and please be careful of those around you who may be silently suffering and believe them when they stridently say that they cannot do something—you don’t always know the whole story.

Mormons are communal in nature and so finding space within The Church for people who are really not up to all the sociality and who are legitimately afraid of it can seem weird. It seems like maybe if this person just got out and had a good time things might change for them. While these are legitimate concerns, I ask that you take the time to think about how you would treat them if you could see the nature of their illness with your eyes. Really think about that. Better yet, try and imagine how Christ would treat them—gently, lovingly. We all want to be loved, but there is not a one-sized fits all approach. If our approach is not working we need to adapt it. A true measure of Zion is how we treat our most vulnerable members.