A Brief History of the Bible, Part I: Old Testament Timeline

We are excited to have guest blogger Jared Anderson present a series of posts on the history of the Bible. This brief series will first present a graphical overview of the history of the Jewish Scriptures followed by a narrative expansion, and then the New Testament will receive the same treatment. Jared welcomes your questions and comments at any point.

Before we divulge the timeline, following is a brief introduction of Jared so you know his merits. 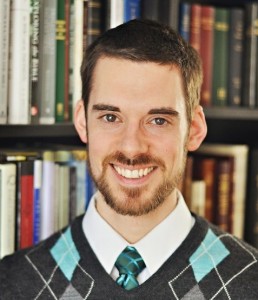 Jared is finishing his Ph.D. in Religious Studies at the University of North Carolina at Chapel Hill under Bart Ehrman, focusing on the Gospels and New Testament. Jared received an Honors Bachelor of Arts from the University of Utah, where he majored in Middle Eastern Studies with an emphasis in Hebrew, as well as learning Greek and Latin under Margaret Toscano. His honors thesis explored Joseph Smith’s study and use of languages.

Jared currently teaches World Religions at Westminster College in Salt Lake City. He is very interested in promoting an open, progressive, and vibrant approach to religion in general and Mormonism in particular, and has presented papers on these topics. He is active on Mormon Stories, Mormon Matters, as well as participating on Mormon Expression, and is active on facebook groups such as Mormon Stories and MO 2.0. He welcomes friends and communication in those forums.

Without further delay, here is the Old Testament timeline:

Jewish Literature
(According to Erich Zenger, Einleitung in das Alte Testament [4th ed.; Stuttgart: Kohlhammer, 2001])
Note that most of these books draw from earlier sources

*The dating of the elements in the Pentateuch is highly debated. Current scholarship questions whether the evidence allows us to postulate distinct sources J and E, suggests that the Priestly material looks more like a redactional layer than a source. In summary:

1) It is difficult to argue there was a “Yahwist Source” (J); instead we should speak of “Narrative Cycles”
2) Redactional work took several stops; most of this process was likely during/after the Deuteronomistic and Priestly stages
3) “P” should be seen not so much as a Priestly Source but a redactional layer (commentary or complement to older sources)So even though the DH is a great starting point, recent research has called key points into question. So the distinct older sources of the DH are gone, reduced to older traditions, and as far as dating goes, the end has become the beginning (with the Priestly source being one of the earlier steps instead of the last). D seems to have the most lasting power. I like Ska’s views of the Pentateuch coming together as a national epic necessitated by disputes after the Babylonian exiles returned to Judea post 539. (Ska, Introduction to Reading the Pentateuch [Winona Lake, Ind.: Eisenbrauns, 2006])

Information found in Jared’s post come from his online courses through the University of North Carolina at Chapel Hill. Anyone can take these courses.  If you are interested, click here.