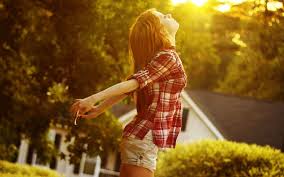 I was recently invited to join a Facebook discussion about Sunday church experiences following a crisis of faith. I was grateful for the prompting to reflect on how I have come, once again, to enjoy Sunday meetings. Some who read my comment in that thread encouraged me to share it more widely. I’m grateful to Rational Faiths for being willing to give it (in this slightly edited form) fresh voice.

It was a long journey for me to once again really love (even borderline crave) Sunday associations and church meeting experiences following my faith transition. For several years, I would come home mad and upset, and I would unload so much at the dinner table or whenever a new flash of frustration hit me that my wife eventually told me, “Don’t go, then!” It was good advice, and it proved very helpful for me to take myself out of the situation for a while, perhaps attending just once or twice a month—and then aided each time by some pre-meeting “psyching myself up” to be prepared to meet with some degree of equanimity the narrowness, boredom, and crazy talk that might manifest that day. For a while I also managed my faith transition by going to the Unitarian church in the morning and getting fed by fresh perspectives and the spiritual breathing room there, then attending my ward in the afternoon. A saving grace for me as I followed these tracks, however, is that even during the darkest times, I was conscious that I was in a transition time and a real God wrestle, that I was a spiritual being, and that I would not ultimately find genuine happiness were I to neglect feeding that part of my self.

During those days of sporadic attendance and on down to now, I found friends in each ward who at least understood to some degree that I had views and perspectives that were atypical, but I was able to sense that they knew I was onto something of worth even if they weren’t themselves motivated to go quite as far down same roads as me. They made me feel welcome at church, and for a while my Sunday morning thought became, “Here’s my chance to see _______ and _______” even though my choice to attend also meant I would likely still feel frustrated during most lessons and talks.

As I continued my wrestle and began to again feel the spirit in my life to a much stronger degree, almost without compulsory means (gotta go Mormon with that phrase!) things began to shift. Church became less about me and the search for insights there and far more about being part of a community that was striving to live well in the world. My spiritual growth soon came in the “church as a school of love” sort of way that Eugene England (following Martin Luther) wrote and spoke of. I began to be able to see the good hearts and desires of my fellow ward members even though they held narrow views. I began to see that their dogmatism or what appeared to be a lack of inquisitiveness was more often than not based in a desire to follow God’s path while keeping chaos and complications at bay. My spiritual experiences became more like watching masks come off and recognizing beautiful souls and beings of light (now going New Agey on ya!) behind what previously had mostly seemed to be hard or “know for certain” exteriors. These experiences have been breathtaking. I also found that if I talked with those I didn’t know—not trying to change them but simply taking the time to share ideas in an open way—our conversations revealed that they also had an internal life, even an intellectual one of sorts, and that they had questions and angles on issues that typical Sunday class Q&A formats never call for. They began to become more and more brothers and sisters rather than close-minded idiots who never had an “outside the box” thought in their lives.

My own contemplations about my Sunday experiences also began to show me that those who bugged me the most were often the ones who were most like me—that I was once so sure I had it all figured out that I would have very likely frustrated the heck out of folks like me who would have then been listening to me pontificate or testify with certainty. I began to realize that I needed to let everyone else have her or his own journey just as I had to have my own. I was the one who had shifted, not them. How could I expect them to have the same experiences and questions I was having at the exact same time as me? I had once been happy and secure in my Sunday worship. Was it fair for me to expect them to be ready to turn on a dime?

I also learned to recognize my “triggers” (in my case, such things the over-abundance of “I knows,” denigrations of scholarship, and sweeping dismissals of other religious traditions and their ideas and many gifts), and once I named these and understood where the things that made me nuts came from in both their hearts as well as my own, I was able to de-fang these triggers a bit, to spend far more time in church as an “actor” rather than just a “reactor.”

I also learned to recognize that not all the best gifts are intellectual ones, that service and an outward focus are even more important, and that our lives do not all have to be about the same thing. I still remained (and remain) very interested in ideas, history, and all the factors that feed into our ideas of God and ultimate purpose, but I learned I could also be there with them and help sustain them on their life course even if it were different than mine. I learned how to, in quite natural ways, signal who I am, and sure enough people who were ready to explore a bit found me. Magically, as I smiled more and became open to them and their influence (of all kinds) on me, they became more open to who I was and what I had to say. I found that most often when I felt something was way off the rails or potentially harming I could speak up, share different angles, and open the discussion in ways that all recognized as still within the LDS worldview but perhaps just not emphasized as much. But I had to be ready. I had to have things to say that weren’t just critiques and “I don’t believes.” It took years to orient within my new kind of faith and to gain the language that allowed me to speak with integrity and from my spiritual well while still sharing values and insights that felt in common with them. More than perhaps anything else, I’m grateful I kept plugging away at this, allowing myself the time and grace to find equilibrium and confidence within a new, more robust kind of faith.

Today it still isn’t always hunky dory when I attend my Sunday meetings. I’m still frustrated at times (now, though, it is far more by missed opportunities to go deeper, to really get to the heart of the spiritual life more than by all “I knows”), but Sundays are a key element in my own spiritual walk these days. I love connecting with my neighbors and sharing a few hours where things closest to our hearts get voiced. I accept them where they are, and they accept me even in my pushing-the-boundaries, rabble-rousing ways. I’m sure not many (any?) know the degree to which I’ve embraced non-literal interpretations or could understand exactly how I have learned to center my faith after all my adventuring, but I believe they recognize my goodness and that I’m a spiritual seeker. More and more they now solicit me for perspectives about how other religions see this or that, or what from my scholarship and wider reading I might be able to bring to the topic at hand. I’m sure I bug and scare some of them, but even those folks I think recognize that I have good intentions, and that I love and serve.

Somehow it all works, and I’m grateful for my experiences on Sundays. I still want things to change, of course, and I do my part to open up discussions and point toward deeper and potentially more transformative views. I try to do the same thing in wider communities, to try to nurture others “like me” who feel called to a spiritual life that encompasses the best from the sciences and humanities and the widest ranges of human experiences and who still prefer to engage in their own tradition if they can. I have found in Mormonism amazing resources and profound teachings that point to full empowerment and an unfolding of the divine nature within us. My strong hope is we will all be patient with ourselves and decide to stay in the wrestle with eternal things and beings. It’s not easy, nor should it be. But, as Jacob discovered at Peniel, there are blessings at the end, as well as all along the way.

Dan Wotherspoon hosts the Mormon Matters podcast (http://mormonmatters.org/). He is a freelance writer and editor, who recently edited the 2013 volume from Signature Books, The Challenge of Honesty: Essays for Latter-day Saints by Frances Lee Menlove. A former editor of Sunstone magazine (2001–2008), Dan has a Ph.D. in religion from Claremont Graduate University. He currently lives in Bountiful, Utah, with his wife, Lorri. They have two grown children, Alex and Hope.

Dan Wotherspoon hosts the Mormon Matters podcast (http://mormonmatters.org/). He is a freelance writer and editor, who recently edited the 2013 volume from Signature Books, The Challenge of Honesty: Essays for Latter-day Saints by Frances Lee Menlove. A former editor of Sunstone magazine (2001–2008), Dan has a Ph.D. in religion from Claremont Graduate University. He currently lives in Bountiful, Utah, with his wife, Lorri. They have two grown children, Alex and Hope.

All posts by Dan Wotherspoon