Why Columbus Isn’t Who Mormons Want Him to Be 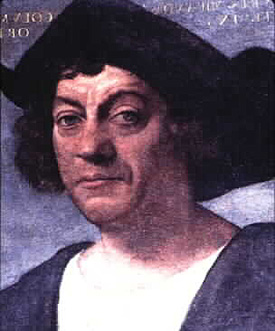 Russell W. Stevenson is the author of For the Cause of Righteousness: A Global History of Blacks and Mormonism, 1830-2013.

In October of last year, Deseret Book published Christopher Columbus: A Man Among the Gentiles by Clark B. Hinckley. In the Mormon tradition, Columbus enjoys nothing short of a singular divine mandate as the man who made it possible for native peoples to receive the gospel message. Pro-Columbus Mormons draw freely on 1 Nephi 13, a passage of scripture believed to prophesy of Columbus as the “man among the Gentiles” destined to bring Christianity to the “Lamanites.”

Joseph Smith drew on a Columbus anecdote in one of his sermons, but there is nothing in the documentary record binding Joseph Smith in any special way.   In 1854, Orson Hyde cast Columbus as an intrepid, dogged man of God, “trammeled by poverty and by an unpopular cause,” even as his “persevering and unyielding heart would not allow an obstacle in his way too great for him to overcome.” With the help of Moroni—himself the “Prince of America”—Columbus ushered in the era of the United States which has “increased, flourished, like the study oak by the rivers of water.”  In 1879, Orson Pratt identified the “man among the Gentiles” as Christopher Columbus in a footnote to 1 Nephi 13. Many grew up accepting similar assumptions uncritically. But even with all this, no official statement identifies Columbus as the man envisioned in the Book of Mormon text. A tradition it is, indeed.

And then there are the serious moral questions that Columbus’s personal character raises. His moral deficits are well-known—and deserve to be illuminated under a hot light of scrutiny. He supported the exploitation of the Indies for the sake of monetary gain alongside the Christianizing mission. Moreover, he promoted slavery as an entirely legitimate means of labor–documentable realities that need no explication. And we might as well dispense with the with the badly misused criticism that we “not apply 21st-century standards to 15th-century lives.”

The charge of “presentism” (the use of our standards to criticize actions in the past) applies when there were not serious and well-known voices giving alternative points of view. But did the Columbian Conquest go uncontested? Did no one attempt to stop him from the rank exploitation of the natives? On the contrary, Columbus’s efforts to exploit the Taino peoples of the Caribbean sparked a high-profile debate within the circles of the Spanish royalty, one that lasted for generations. Leading the anti-Columbian opposition was a former confidante, Bartolome De Las Casas. Casas, a Spanish friar, had traveled to the Spanish colonies and saw the product of the encomienda, the system of native servitude enforced by Spanish authorities. The encomienda amounted to little more than chattel slavery.

His travels to the Indies transformed the former colonizer. When Casas saw the horrors that the encomienda brought to the natives, he converted from the Conquest’s greatest friend to one of its most passionate and powerful foes In 1542, he wrote A Short Account of the Destruction of the Indies, a scathing chastisement of Spanish policies in their newly-discovered Caribbean colonies. Indigenous peoples were creations of God, he declared, and deserved humane treatment (and Christianity, to be sure) at the hands of the Spanish. Columbus had been reckless in his choice of men to oversee the colonization project; Columbus, he charged, “requested that the King pardon. . .criminals committed for homicide, assault, and other offenses.”

Casas enjoyed a close relationship with the Queen. He delivered speech after speech, exhorting Spaniards to acknowledge the consequences of conquest on indigenous peoples, to acknowledge that their efforts to bring Christianity had only brought death. “The Spaniards first assaulted the innocent Sheep,” he wrote, “like most cruel Tygers [sic], Wolves, and Lions hunger-starv’d.” They were guilty of “horrid crimes” and “inexpressible Outrages” which he was not fully capable of putting to print. He hoped only that “all true Christians and moral Men throughout the whole World” would listen. Worse, they were motivated by religious zeal: “so transported with Zeal and Furvor in exercise of Ecclesiastical Sacraments and Divine Service, that the very Religioso’s themselves, stand in need of the greatest and most signal patience” to endure them. Casas promoted Christianization and with a passion as deep as his hatred of the encomienda, but it needed to be done as God intended—with a soft hand. Indeed, Casas released the natives he held under the encomienda. A close friend and biographer observed that Casas “had taken a new road in life” and “would never take one step backwards.”

De Las Casas faced strong interests; even the Bishop of Burgos found Las Casas motive of converting—rather than exploiting—the Indians to be less than convincing, a reality that Casas “was astounded” to learn. He was an intimate with the most powerful men and women in the Spanish royalty. He called upon the King to dismantle the encomienda system, lest the Spanish nation fall under the collective judgment of God. “I hope that the Lord helps me,” he wrote, “yet if I am not successful, I will have done my duty as a Christian.” De Las Casas read his account of the horrors for hours after hours gruesome detail before the Valladolid council convened by Charles. “And I saw these things,” he kept telling his listeners. So passionate was he that he “would downright sputter” when in the throes of speaking of the conquistadores’ evils. In 1542, De Las Casas convinced persuaded Charles V to pass the New Laws, legislation that abolished the harshest aspects of the encomienda system. Natives could no longer be compelled to work under Spanish colonists and would receive a fare wage for their labors.

The colonizers had their own supporters, of course. Juan Gines de Sepulvida, a humanist–and secularly-inclined scholar of the time, insisted that Casas was all too optimistic about the capacity of the natives to be Christianized. Indeed, Sepulvida argued, Columbus was right: the natives were “natural slaves.” But neither was Casas alone. Dominican friars had long been echoing the same refrain. Tear down the encomienda. Give the land back to the natives. Casas himself had drawn his inspiration from a fellow friar, Antonio De Montesinos, declared that the Spanish colonists were “in mortal sin” and “live and die for the cruelty and tyranny which you inflict on these innocent people”   Francisco de Vitora argued that the “the aborigines undoubtedly had true dominion in both public and private matters, just like Christians, and that neither their princes nor private persons could be despoiled of their property on the ground of their not being true owners.”

In 1564, two years prior to his death De Las Casas became increasingly convinced of his divine calling to be an advocate for native peoples: “All that the Spaniards perpetrated against those [Indian] peoples, the robbery, the killing, the usurpation of property and jurisdiction, from kings and lords and lands and realms, the theft of things on a boundless scale and the horrible cruelties that went with that—all this was in violation of the whole natural, and a terrible blot in the name of Christ and the Christian faith.” God would “pour out His fury and anger on Spain for those damnable, rotten, infamous deeds done so unjustly, so tyrannically, so barbarously to those people, against those people. For the whole of Spain has shared in the blood-soaked riches, some a little, some a lot, but all shared in goods that were ill-gotten, wickedly taken with violence and genocide—and all must pay unless Spain does a mighty penance.”

And when did Columbus express this kind of commitment to the welfare of native peoples? At what point did Columbus express the interests of the underprivileged in a way that could compare to De Las Casas and others? Can we in good conscience celebrate Columbus’s accomplishments when we have a far more honorable hero in men such as Casas? 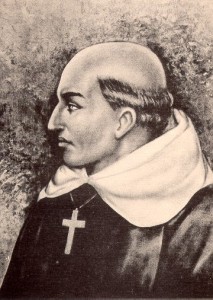 We should not place De Las Casas on too high a pedestal. His census enumeration placing the Hispaniola population at three million was a vast overstatement. He spoke poorly of the natives as well, describing their tempers as being “imbecile and unequal-balanced.” He considered them degraded and badly in need of the light of a foreign religious system. To stop native slavery in the Indies, he endorsed the use of African slavery to replace it—though Casas came to realize its evils as well, later observing that “the cleric…regretted the advice he gave the king on this matter.” Casas refused to go easy on himself, not believing that “his ignorance and his good intentions would excuse him before the judgment seat of God.”

Though a minor point, as William Blake has observed, we can see the universe “in a grain of sand.” The Prophet Joseph Smith noted that “a very large ship is benefited very much by a very small helm.” The exact identity of the “man among the Gentiles” must necessarily remain a literary mystery. It is a point of historical curiosity that has virtually little bearing on who we are. What is salient is how Latter-day Saints succumb so easily to the allure of the patriotic Columbian narrative, that of the explorer patriot-Saint who laid the establishment for Mormonism centuries later. Whether or not Columbus was in fact the “man among the Gentiles,” Latter-day Saints would do well to acknowledge the moral price paid when they wed themselves to the rise of Western imperialism and Atlantic slavery, both of which De Las Casas and Montesinos condemned and committed their entire lives to dismantling.

So why do the Saints write biographies of Christopher Columbus rather than Bartolome De Las Casas?  Tradition, perhaps, but there is little more to it. In the Book of Mormon, Jacob teaches that it is the duty of believers in Christianity to “liberate the captive.”  Columbus had no such interests, preferring instead to initiate an Atlantic system of chattel slavery that would endure for over 300 years. Whatever Casas’ demerits, he deserves memorialization as a powerful voice who successfully protected indigenous peoples against the system of exploitation that Columbus helped to design.

I do not believe there is anything malicious about the Saints’ celebration of the Columbian project. But the reality is that we have read into the 1 Nephi 13 text assumptions that are not justified, and the consequences of those assumptions are real for a faith that increasingly is moving to regions once colonized by European powers. And scriptural interpretation aside, if I am going to have my children learn moral lessons from a Spanish explorer, it will be from Bartolome De Las Casas, not from Columbus.