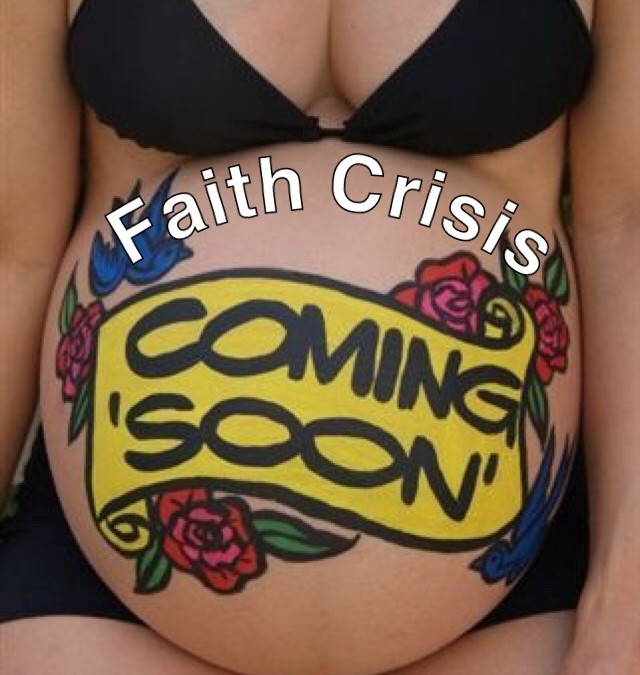 As I have actively watched the online discussions regarding faith-crises/faith-transitions, I’ve noticed something strange.  While there is excellent advice on how to work through it – for example the Givens’ book, The Crucible of Doubt, and Patrick Mason’s, Planted: Belief and Belonging in an Age of Doubt – I haven’t found anything that tells us what to expect when going through a faith-crisis. That is what this post is about. Let me narrow it down a bit.

This post is what to expect with your faith crisis – if you make it out the other end with your relationship (although sometimes complicated) to the LDS Church still intact. For those who have left, or are on their way out, this post won’t have relevance. The reason being, I haven’t left the Church. I am still active in my ward and I hold a calling. So, I can’t speak much to the experience of those who have left. I acknowledge there are good reasons to leave and I don’t believe my experience is any more valid than the experiences of those who have left. This post is meant to be descriptive and not prescriptive – that is, what I have observed, not what I think you should do. It is based on my own faith journey and what I have experienced and observed personally and from watching the online Mormon community. Here is what to expect:

Now, at the beginning, I said this post was about describing what to expect with your faith-crisis/transition. I’m going to give some advice too. The advice, again, is based on mistakes I have made or seen friends make over and over again. It’s almost like Ground Hog Day. It’s not what you normally hear in these discussions, but here you go:2

I want to expand on the last three bullet-points a bit.  I acknowledge that family and ward members can sometimes be huge a-holes. I also acknowledge that fractured relationships are often the faults of family and ward members. But, many times those going through a faith-crisis can add fuel to that fire. In all honestly, I know I have done this either in retaliation, or to “prove I’m right” to win an argument, or just in sheer frustration. It’s not easy, but just don’t do it. Family is important. Friends are important. Try to preserve those relationships. Learn to say, “I am sorry,” even if you don’t think you did anything wrong.  Imagine if you do end up leaving the Church and you end up losing your family too because of your a-holery.

I will close my post by offering a pretty solid predictor of whether or not you will remain LDS.  It all comes down to relationships. Imagine your Mormonism is a four-legged stool. Three of those legs represent relationships: 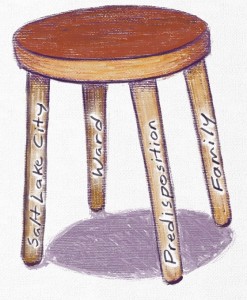 The fourth leg is your own predispositions/genetics. That is, some people are just wired to be black and white thinkers while others are more liberal in their dispositions. The former have a harder time nuancing, the latter have an easier time.

If only one or two of those legs from the stool are broken, (for example, you are a black and 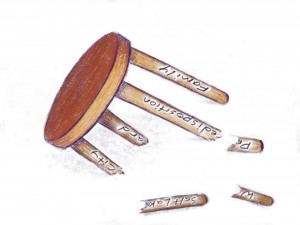 white thinker and your relationship to the institution is fractured, but your relationship to your ward and family are still good) you will probably make it through with your Mormonism still intact. However, if three of those legs are broken, you will most likely leave the Church (for example, your family hates you and you haven’t been kind either, your ward has made things rough, and Salt Lake City just continues to piss you off — your liberal predisposition and ability to nuance won’t matter — you will most likely end up leaving). Now, this isn’t 100%, so don’t look at where you are now and go, “Oh, hell. I might as well throw in the towel.”  Remember that you might change and others might change as well.

1 I stole that from Dan Wotherspoon.