Through the Valley: Theodicy and Black Suffering in America 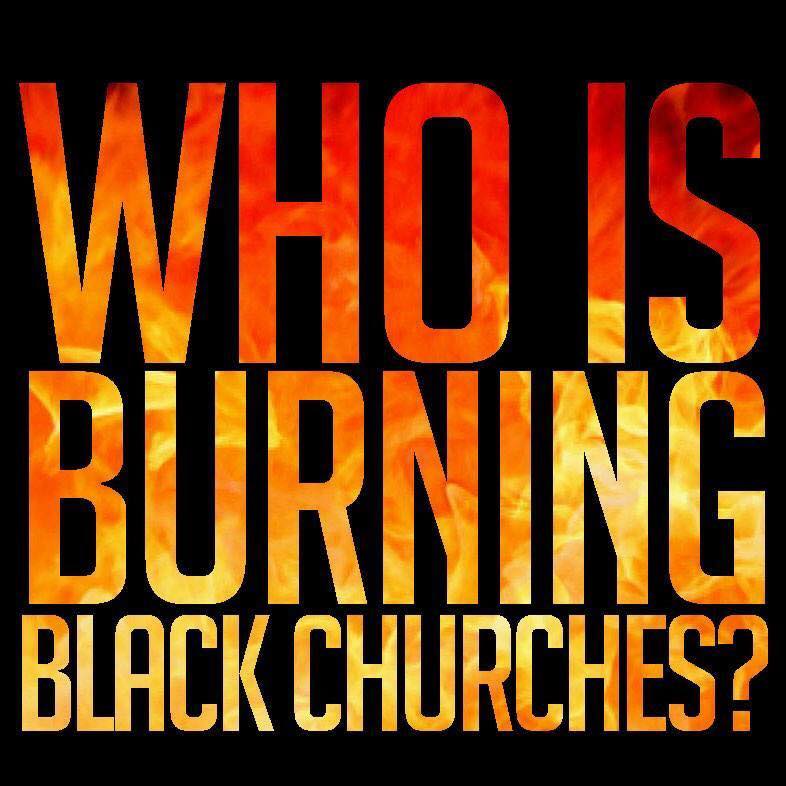 The Lord is my shepherd; I shall not want.

He maketh me to lie down in green pastures: he leadeth me beside the still waters.

He restoreth my soul: he leadeth me in the paths of righteousness for his name’s sake.

Yea, though I walk through the valley of the shadow of death, I will fear no evil: for thou art with me; thy rod and thy staff they comfort me.

Thou preparest a table before me in the presence of mine enemies: thou anointest my head with oil; my cup runneth over.

Surely goodness and mercy shall follow me all the days of my life: and I will dwell in the house of the Lord for ever.

“You come against me with hatred and oppression and violence. I come against you in the name of God,” uttered organizer Bree Newsome, as she removed the Confederate battle flag from its place on the grounds of the South Carolina state house. A few moments later, as she was led away by the police, she began to recite Psalm 23 and 27.

While there’s nothing particularly new about the use of Christian theology along with acts of civil disobedience, the calling upon the words and works of God hold a profound significance for black people in the United States; in the midst of mis-recognition, suffering and death by way of oppression. As black churches burn across the South coupled with the lack of reporting by mainstream news outlets, I can’t help but think  about the greatest trick the devil ever played: convincing us that he didn’t exist.

During a lecture about theodicy, or the problem of evil, my philosophy professor once posited to the class that the devil did not exist. Now, perhaps you can imagine the reaction to a claim such as that in a room full of mostly first year, some post-first year, seminary students, many of whom were Christian theists. But the discussion that followed, a brief conversation on the emphasis that people, not the devil or Satan, do demonic things. This left an deep impression on me. In the middle of writing an exegesis on the temptation of Jesus by the devil, the claim invited me to re-examine what Christian theologians call the devil by way of religious language, specifically, in the language of Christianity in the United States.

The discussion of the devil often manifests in the personage of a horned red man with a pointy tail carrying around a pitchfork. Growing up, the devil appeared in the form of a silhouette painting that hung in my mother’s home. The scene depicted a line of church goers in celebration, with a pointy tailed impish character trailing behind, reminding us that wherever we are, the devil is never too far behind. On occasion, medieval artists portrayed the character of the serpent, interpreted as the devil in the biblical Creation Story, with the physical attributes of a female. In his epic work Inferno, Dante envisioned the devil and Hell as not a being and location, respectively, consumed by eternal hell-fire but a bitter cold damnation, a reminder that to be without the presence of God is to be without that which brings and sustains life. The fluidity of the devil along with the language and imagery used to express the devil’s presence and motives over the past few centuries (specifically in American vernacular) is worth at least some introspection. Specifically, in relation to ethnic suffering, a term coined by theologian William R. Jones, in the United States.

As I contemplate what exactly happened in Charleston two weeks ago, I find myself in the same predicament that I found myself some months ago, when my professor claimed that the devil did not exist within the context of human suffering. My solace in a culture that often finds itself in a state of despair has been found in the words of black liberation and womanist theologians who speak of a God who makes a way out of no way. That the suffering of black people in the United States is redemptive. With the recent racialized murders of 9 people in Charleston and the burning of black churches across the South, I find myself asking (in a question posed by a classmate in that same course), if suffering is redemptive, what is it that black people are truly being redeemed from?

There are those who would offer that God’s benevolence is matched by God’s malevolence in a divine racism, exemplified by the specific suffering endured by not only black people but other communities of color. At the same time, an existence of another being that is the source of evil preserves what Christian theists traditionally refer to as God’s good will and in that, reaffirms the commitment to and identity found in worshiping a perfect being. So does the devil really exist? For black people and other people of color in the United States, it is decidedly so. Transcending the imagery found in traditional depictions of the devil in Christianity theology, in the wilderness I face as a black woman in the United States, the devil comes not with horns or with the characteristics of a female, but dressed as white supremacy, sexism and misogynoir, the hatred of black women. For people of color, colonization, poverty, healthcare disparities, increased rates of violence and discrimination against those who are members of the LGBTQ community are but a few of the many tools that this “devil” has used over the course of US history.  In the wake of Charleston, it is faced with recognizing that the devil truly does exist and it has been allowed to fly freely in front of statehouses for decades under the guise of celebrating one’s heritage. The devil that existed before and after the American Civil War presented itself in Charleston when a racist murdered 9 people as they communed with God. That devil is burning black churches to the ground.

We are long overdue for a national discussion on Confederate flags, the idolizing of fallen Confederate soldiers and more subtly, what the Stars and Stripes really mean to people of color in this country. In that, perhaps it is not black people who need to be redeemed, but the United States itself.