The Man in the Mask 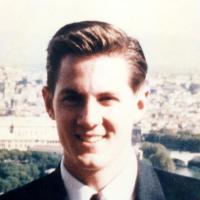 I sauntered toward the office, in my typical dopey high school way—entirely unconcerned with anything other than the play auditions and scoring a date with Katherine.

Then Diane rounded the corner, her face blushing with feeling. I was not a boy then blessed with emotional sensitivity, except perhaps with the sycophantic, over-compensating kind not worthy of anyone’s trust. By the time I had blurted out a “What’s wrong?” Diane had raised her hand to silence me, continuing apace without even making eye contact. This was not like her.

That evening, I asked my parents why Diane was crying. They looked at each other, not sure how to answer their son’s ignorance.

“Russell, Dave committed suicide. His lithium was out of balnce, and he wasn’t thinking straight.” And that was it. That was the last straw. It was over. All over. Exaltation. Hope. Eternal life.   Game, set, match. Dave had singlehandedly foiled The Plan for his life.

I knew Dave well enough to attend his funeral. His father-in-law, James, had taught me in elementary school and had visited me when I was ailing in the hospital.   As far as I was concerned, his family were beacons of light for me, the local “telethon child.”  His father-in-law told corny jokes, was short of stature, and most of all, cared. He didn’t see me as a medical case or a lawsuit-waiting-to-happen. As I lay in the hospital bed, addled with opiates to a degree that would make Greg House, M.D. jealous, he stopped to extend a loving hand when he might have kept his distance. James deserved the best. And in Dave, he and his daughter had received the best. Dave was charming, talented, and humble. He could sing, dance, and enjoyed an easy wit.

He also dealt with bipolar disorder. Over the years he had perfected the art of wearing what he called “the mask.” I had never seen him in the depths of his sorrow. I had only seen the charmer, the dancer, the fellow with the big smile and the bigger heart. I had only know Dave, one of my brother’s best friends and fellow musicians. He knew how to cover his tracks, how to navigate social situations, and how to keep the rollercoaster of emotions well-concealed behind a veneer of laughter. And here we were, gazing at his corpse. Here we were, gazing at the dashed prospects of one of our community’s shining lights that had extinguished itself.  Few things stir up the futility of life like the sight of a loved one extinguishing the light from his/her own eyes. After the viewing, the funeral began. We enjoyed the typical ornamentation of funerals–songs, a life sketch, and the like. But the questions loomed: what of The Plan?

His heartbroken father-in-law took the pulpit.  Never before nor since has a funeral so tragic presented faith in The Plan. The plan, the plan–this is what Mormonism is all about. In a world with postmodernism permeating the very air we breathe, a world allergic to totalizing narratives about the world,  daring to say that there is The Plan smacks of a kind of reactionary radicalism. If the Mormon Plan can endure the ultimate act of existential defiance as suicide, maybe it can endure theological muster after all.  A short time after his son-in-law’s passing, this man became a bishop over his ward.

But most Mormons are ill-prepared to face such tragedy headlong. Not long ago, I was chatting with somebody in my LDS circles, and the topic of suicide came up. “It’s always a mistake,” he said coolly. And they would need to answer for their mistake to God in Heaven someday. Were there no exceptions, I asked? He looked at me, tilting his head to the side, almost as though the idea of an “exception” had not crossed his mind. Not entirely willing to face the prospects of this kind of moral ambiguity, he smiled nervously. Would he dare say such to the family of a suicide victim? A young man—a recent convert—assured me that he would never lead off with such a thing. He would wait for the right moment to inform the family of their son’s tragic error.

“Do you know them personally?” I asked. One looked at me blankly, shaking his head. The other knew that she had been a relative but remembered nothing else.

“I will open up your eyes in regards to your dead,” the Prophet Joseph Smith promised us. Samuel Brown’s work, In Heaven as It Is On Earth, explains how a visceral, soul-wrenching fear of death might have influenced how Joseph Smith interpreted his (or for the believer, God’s) work in forming Mormon 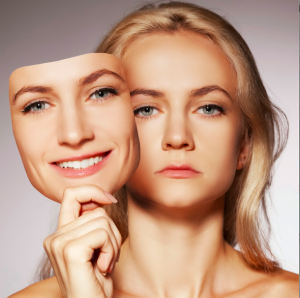 theology. Joseph Smith’s soteriology was, essentially, an expansive one. The individualistic salvation of John Bunyan’s Pilgrim’s Progress held little appeal for the Prophet. Life without those you love was no life at all. And a death for one was a death for all. Joseph Smith not only believed that death was not the end but that a connective life force bound those who abode in mortality with the deceased.

But more, Joseph Smith’s theology sought out the lost dead in ways that no other Christian religion had. It was not enough merely to pray for souls in purgatory. Those who had not heard the Christian gospel typically had little hope under old Christian systems. But Joseph Smith insisted that the gospel message opened up salvation to peoples whom time, place, and history had written off. Even the unrepentant could receive some measure of glory.

Is not suicide simply murder of the self, an act so profoundly selfish that it defies comprehension? Bruce R. McConkie, not exactly one to soft-peddle on controversial issues, promised that “persons subject to great stresses may lose control of themselves and become mentally clouded to the point that they are no longer accountable for their acts.” These men and women “are not to be condemned for taking their own lives. It should also be remembered that judgment is the Lord’s; he knows the thoughts, intents, and abilities of men; and he in his infinite wisdom will make all things right in due course” (Mormon Doctrine, 1966, 771). McConkie had come of age during the depths of the Great Depression in Utah; he knew something of men pressed to their limits. To say that our LGBT youth are “subject to great stresses” goes without saying. To say that we need to protect our Stuart Matises from the whirlwind of pressures, mockery, and ridicule surrounding them requires no defense. Those who would dismiss their existential cries are the ones who must defend themselves.

The taking of one’s life wrenches the souls of their loved ones to the core. What might we have done to save this vineyard? Who corrupted it? What voices, what shadowy figures dared to tell my friend to tie a plastic bag around his head in an act of frenzied desperation? Perhaps we fear that we might have played a role in it. Perhaps, in our efforts to absolve ourselves of guilt, we blame the dead. Bereavement is not always a clean process.

So to the men and women wearing the masks: you always have a seat at my table and a place in my Plan. The bright lights of Dave, Stuart Matis and so many others, must be protected, preserved, and cultivated. Extinguishing their memory because it makes us uncomfortable in our own mortality will not do. Though they don their covers to protect themselves from the disarray of a world rife with agencies, irregularities, injustices, and cruelties, we have little choice but to treat all as though they were building a refuge against a storm of meaninglessness.