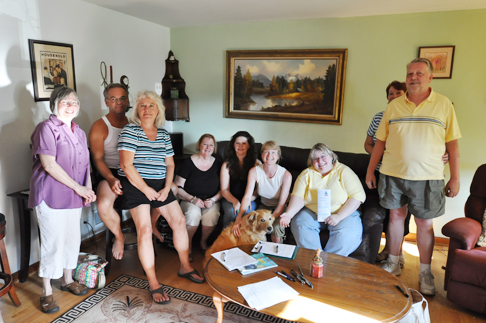 Denver Snuffer has made the news again.  Snuffer, a Salt Lake Attorney, is a widely-read author who claims to have experienced a personal visitation of Jesus Christ in which the Savior declared to him that his salvation was assured.  He has published myriad books, most of them rather unremarkable treatises on Book of Mormon figures.  John Dehlin has styled him a “progressive, fundamentalist, non-polygamist Mormon lawyer who claims to have seen Christ.” due in large part to Snuffer’s efforts at appealing to disaffected liberal Saints.  In 2010, he published, Passing the Heavenly Gift which supposes itself a comprehensive history of Mormonism from 1820-present.  In it, he castigates virtually every church leader but Joseph Smith for their corporatism, prevarications, and their compromises on various gospel principles and doctrines.  Approximately one week ago, Snuffer received notice that his membership would be under investigation.

Snuffer is not your everyday out-of-the-box thinker. He’s not nearly as sexy as Mormon intellectuals like D. Michael Quinn, Joanna Brooks, or Paul Toscano. Liberals make for better martyrs, and conservatives make for boring dinner conversation.  But conservative radicals scare everybody.

In Mo-landia, we have a preferred image for what an “apostate” looks like.  We like to envision them as: 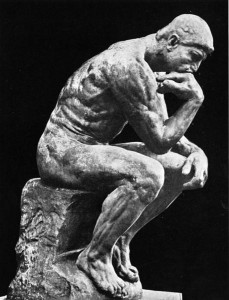 1) Liberal-politically, socially, pretty much everything-ly.
2) Overly-educated. They spend all that time…well, thinking about things.
3) Disobedient.  They just want to be promiscuous man-sluts.
4) If they’re not amoral, then they’ve drunken the evangelical Kool-Aid, a Kool-Aid that Mormons like to mock largely because many of us have no idea how to engage secular humanists.  Stick to the devil you know, right?

Truth be told, Snuffer represents a far broader–and frankly, more interesting–impulse within Mormon culture: the allure of the “church in waiting.”

The latest accusations against Denver Snuffer don’t fall easily into the stereotypes.   His blog positively oozes with orthodoxy that could at times double as a “mommy blog.”  But there is one concept he uses masterfully–and it’s an idea that appeals to the radical right and radical left alike: “The Church-in-waiting.”

The general idea of it is sound enough.  In the Book of Revelation, John speaks of the beast chasing the woman (read: the Church) into the wilderness, and such Saints are more than comfortable applying this language to modern Mormonism.   When Joseph Smith administered the temple endowment to his closest followers, he imagined them to be a select group, intended for particularly great things.  When he established the Council of 50 in 1844, secrecy was paramount.  They were the chosen ones, entrusted with grand responsibilities for bringing about the downfall of the United States and the Savior’s Second Coming.

It’s a notion that is incredibly appealing for Saints who still feel bound to the Mormon movement but feel like it’s falling short.  Even liberal Saints like Lavina Fielding Anderson have drawn on the term, calling herself part of the “church-in-exile.” Perhaps, they think, what you see around you is all a massive public relations facade.  Perhaps there’s a Mormonism that they–weird and wild, as 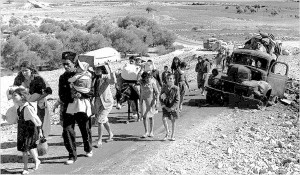 they are–can embrace.  Behind the suits at the Church Office Building, the lackeys at the Church History Library, and even the talks given at General Conference, there burns Truth waiting to light another ember aflame with the cause of the Lord.  All of this is to say: simply because you’re a down-the-line mainstream Latter-day Saint doesn’t mean you’re anything special.  It means you’re a deluded, corporate hack that the Lord tolerates while he teaches truth to The Real Church.  One conversation I had with such a member is revealing.  When I mentioned that (well-trained, Pitman-shorthand-reading) scholars at the Church History Department didn’t really trust the Journal of Discourses, she looked at me with a twinkle in her eye: “Of course they don’t…”

In fall 2012, I had the opportunity to become acquainted with a network of individuals who shared this worldview.  Don’t ask how it happened; girls with Olivia Wilde’s eyes get you to go to strange places.  A group made up largely of housewives, they claimed a close kinship to Church leaders but took care to remind us that they could not make this relationship public “due to the persecution that would come.”  Their goal was to 1) restore the Constitution and 2) usher in the Second Coming.   If you asked them about the causes of oppression in the world, they would be able to tic off a long list:

A) Plato
B) John Dewey
C) History Professors (I taught at a community college at the time)
D) The Illuminati
E) Pavlov
F) Picasso
G) Did I mention John Dewey? 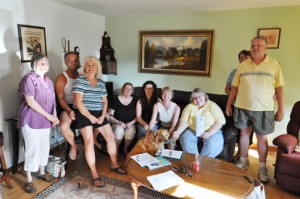 For the most part, they were hardly different than the more militant members of organizations like the Federalist Society.  Except for one thing: they wanted to “fix” the Church.  When one individual learned that I had connections to CES, he asked how he could get involved.  I asked if he was interested in teaching seminary. “Oh no, you see, seminary teachers just been to public school for so long (and hence, vulnerable to John Dewey), it will eventually seep into their teaching.  I would like to try to change that.”   He made a hand motion like he was straightening  a picture on a wall.    He wanted to change the church, not dismiss it, ignore it, walk away from it, or burn the dang thing down.

This approach has a certain attractiveness about it.  It validates a person and empowers them, all while they’re able to claim loyalty to some kind of abstract entity. Indeed, if Denver Snuffer had no appeal, he would be dismissed as a crank, confined to talking his home teachers’ ear off about whatever floated around in his mind. But Snuffer has managed to find a “sweet spot” in the disaffected Mormon discourse.  It’s not new; several liberal Saints have expressed admiration for Joseph Smith’s theology (see here, here, and here).  But Snuffer recognizes that he can win over the hearts of both liberals and conservatives by insisting that he upholds the institutional church while critiquing what he perceives are the modern church’s corporatism and authoritarian impulses (He over-idealizes Joseph Smith, of course; Joseph did not abide criticism happily and readily marginalized competitor prophets). 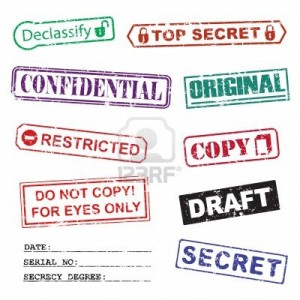 Gnosis has real sex appeal; it’s enabled authors like Howard Zinn, David Barton, and Glenn Beck to sell thousands of books and garner a large listener base.  I’ve lost count of how many times people ask me to teach them “The Real History.”  Everyone wants to believe that they know the forces that make up our world and our faith.  Almost equally intoxicating is the power of nostalgia, a power Snuffer and my former associates drink deeply from.

Snuffer insists that he is a faithful member of the Church of Jesus Christ of Latter-day Saints, that he sustains church leaders and “falls in line” when called upon to do so. He even claims to donate the proceeds of his books to the Church.   Indeed, there’s nothing inherent in his book that would warrant excommunication.  He never denies the veracity of Mormonism’s truth claims or even its relationship to God.  Though he believes that the Saints have fallen away from the original vision of Joseph Smith,  he believes that “the Lord is still watching over and intends to further His work with the members of this church. Those whom He loves, He chastens.”

Yet his criticism of the contemporary church is unsparing–and appealing to disaffected Saints of all stripes: “Marketing the institution has become more important to Mormon success than preserving the original religious content.”  Snuffer apparently is pretty good at it himself. He has managed to fashion a message that conservatives can embrace and liberals can endure.