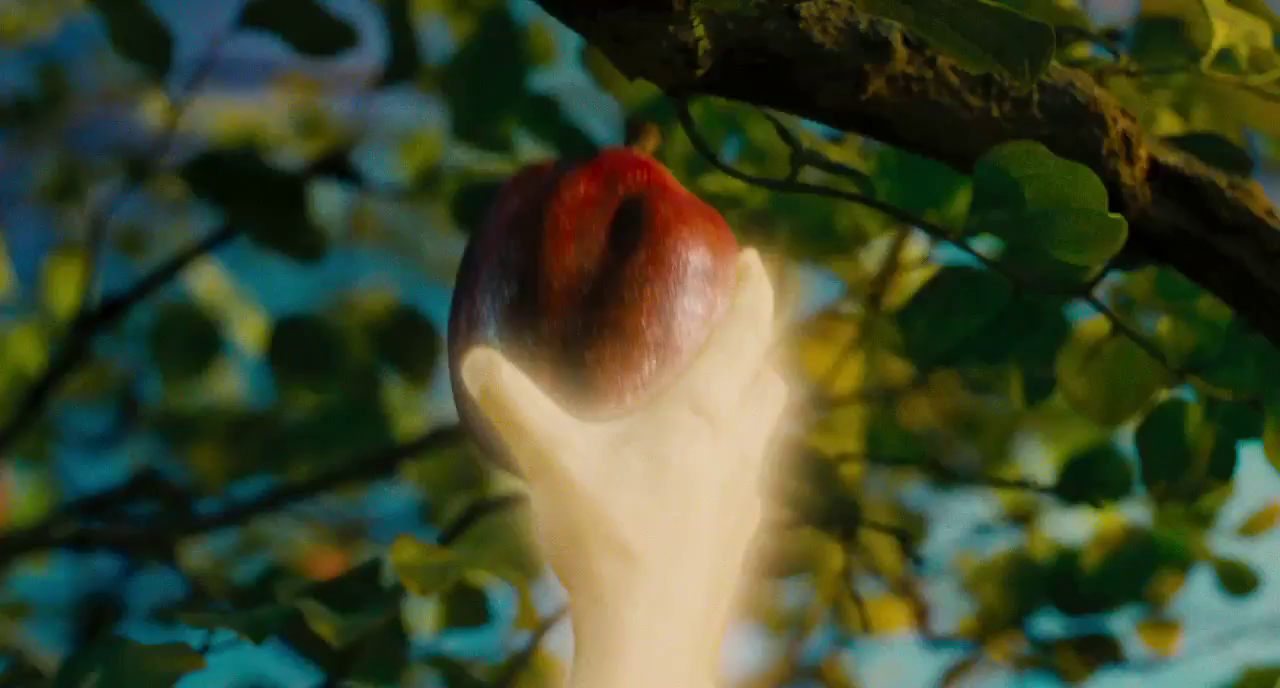 I am thoroughly convinced that if Disney ever came out with their own version of the biblical creation story, the snake would come out swinging its hips and singing, “I ain’t so bad after all.”

Recently my husband and I watched the new Noah movie starring Russell Crowe (*this blog post contains a spoiler alert!). While this film has received endless criticism- and understandably so – I was deeply impressed by one recurring theme – that of the snake skin wrapped around Noah’s arm and the way it was passed down from generation to generation. What is the meaning behind this? It seems there so much is more to this symbolism than meets the eye.

The snake skin symbolism reminded me of the tefilim in Judaism that is bound around the forearm in accordance with the command in Deuteronomy 6:8. In Orthodox Jewish circles, they still continue this practice today.

But why a snake skin? First, we have to keep in mind this was long before the Exodus; long before Abraham, even. And there had to be some ceremonial ritual in place to preserve these traditions- and the Priesthood it represented. But this still does not fully answer our question.

From the very beginning of the movie, you can tell the snake skin was taken from the Garden of Eden around the time Adam and Eve ate of the fruit. It was upon tempting the humans, the snake shed his skin and that skin was passed down from generation to generation. But was the snake itself ever a symbol of evil? Based on the some of the latest research I have conducted – and even based on the teachings of the Church of Jesus Christ of Latter-Day Saints- the answer is simple. No.

Before it became influenced and possessed by the devil (see Moses 4: 6-7), the serpent was a symbol of all that was holy – both in the ancient Near East and the New World. Perhaps this is the reason Eve initially trusted the serpent and looked to it for the wisdom it offered.

Andrew C. Skinner explains that the serpent would come to exhibit a dual nature, “One role connected serpents to the heavens by having them represent deity, creative powers, and healing. The other linked them with the underworld and associated them with evil, harm, and destructive influences.” (1) Therefore, it would only make sense that the devil would seek to duplicate or profane that which was holy, and in doing so, deceive the first humans.

It simultaneously explains the reasoning behind Moses raising the serpent in the desert – the perfect foreshadowing of Christ. It is also interesting to note that the “Seraphim,” the holiest of the angels found in chapter six of Isaiah, were historically depicted as fiery creatures. In fact the very word “seraph” is similar to “serpent.” Were these winged “fiery creatures” dragon like? If so, the Seraphs certainly meet their match in the book of Revelation as Michael the archangel, the head of the Seraphim, leads them in the great battle against the evil dragon (Revelation 12: 7).

It is this dual nature of the serpent, that as a Mormon feminist and convert to the faith, I find most perplexing. On one hand, the serpent is sly, cunning and not to be trusted. One the other hand, it can be – and originally was – a symbol for all that is pure and holy.

Is it any surprise the serpent is also historically a symbol for the Goddess, who is also mentioned in Revelation 12:1?

And yet, there remains an ongoing creative tension between the woman and the serpent as they struggle against one another to gain leverage (see Genesis 3: 15, Moses 4: 21, and Revelation 12). In the end it will be the woman and her descendants who triumph over the serpent.

And this, folks, is scriptural.

By the way, near the end of the Russell Crowe movie, Noah blesses his two granddaughters with the snake skin – against his better judgment.

(1) Skinner, Andrew C. “Serpent Symbols and Salvation in the Ancient Near East and the Book of Mormon” in Journal of Book of Mormon Studies 10/2: 2001: http://publications.maxwellinstitute.byu.edu