Look Up and Be Healed! 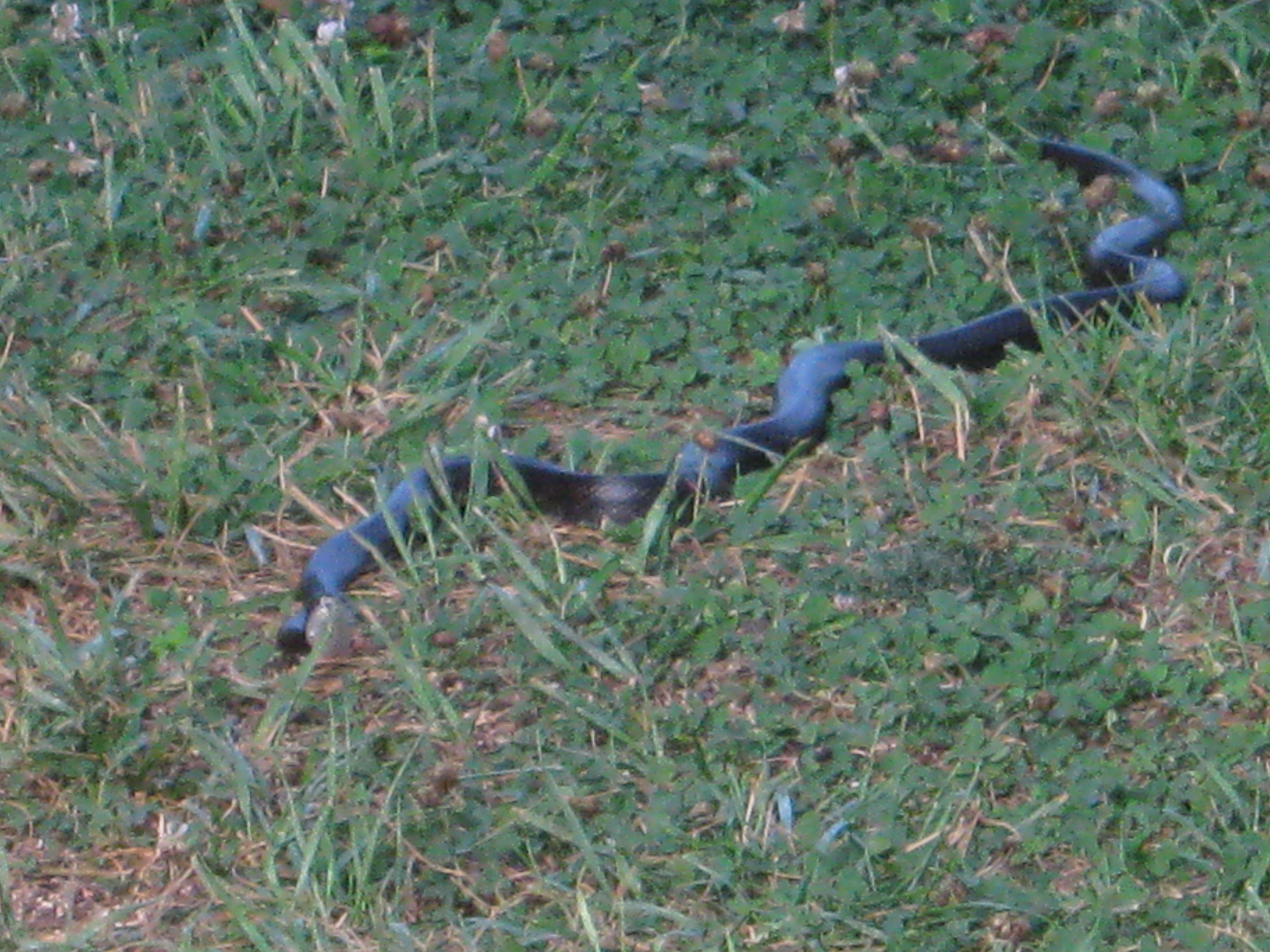 In II Kings 18:4, King Hezekiah of the Southern Kingdom of Judah tears down the Brazen (Bronze) Serpent Moses had set up. This was in response to the rampant idol worship of the people. The Northern Kingdom of Israel had recently been carried away into captivity by Assyria, never to be heard from again. Assyria also posed an ever-present threat to Judah. The main concern of King Hezekiah was that Judah would fall into idolatry just like their distant relatives. This is why Hezekiah decided to tear down all items connected with idolatry. But why would Moses’ Brazen Serpent be included among those items? What was Hezekiah actually tearing down, and why would he be smashing this sacred object along with the “sacred groves” and “high places” dedicated to the worship of Asherah?

Many scholars are perplexed by the meaning of the symbolism found in the story of Moses raising the serpent in the desert. It has been suggested this image is derived from some unknown ancient Midianite ritual, since Moses’ father-in-law Jethro was the high priest of Midian,(1)  although this theory seems to be outdated. The Brazen Serpent, also referred to as Nehushatan (see II Kings 18:4), “probably stood in the Temple court, and the people believed that it had the power of curing sickness.”(2)  Today the caduceus, which resembles Moses’ brazen serpent, is a popular image used in modern medicine and is a symbol for healing. The symbolism, as it appears in the Moses story, seems somewhat out of place, and coupled with the selection from II Kings, it raises some very interesting questions as to what the pole and snake together could actually represent.

Could the Brazen Serpent possibly have anything to do with the Hebrew Mother Goddess Asherah? I believe it does. Not only was Moses commanded to raise the snake up on a pole, reminiscent of the Asherah poles used by the Canaanites, but through looking at the serpent itself, the people would be healed. There is nothing new to this serpent imagery representing the Mother Goddess Asherah, who was symbolized by “lions (indicating power), serpents (representing immorality or healing), and sacred trees (signifying fertility)…..the goddess is called ‘lady of the serpent’ in second millennium b.c.e. inscriptions from the Sinai;”(3)  certainly the Israelites would have been familiar with this imagery and would have made the relevant connections. The pole itself, although phallic in nature, would have been viewed as a type of sacred tree also connected with Asherah worship.

However, if there are clear prohibitions in Scripture against erecting any such object to Asherah’s honor, why does Moses do the same? And how is it the people are able to find healing through gazing at this object? According to Numbers 21, the Israelites had just celebrated victory over the Canaanites and were sojourning through the desert towards Edom. Tired and hungry, they began complaining to Moses and God sent fiery serpents to attack them. The people cried out to Moses to do something about the serpents, so Moses prayed and received revelation from God to make a serpent of brass and place it on a pole; that through looking at it, the people would live (Numbers 21: 8-9).

Notice Moses is not raising the Asherah pole in connection with any Canaanite male deity, namely Baal- a practice that often got the Israelites into trouble- rather this was something God commanded him to do, with the recent victory over the Canaanites still fresh on their minds. We have to remember that the Canaanites worshipped Asherah too, with Asherah being a very ancient Sumerian fertility goddess. Patai writes, “The Goddess Asherah was worshipped in Israel from the days of the first settlement in Canaan, the Hebrews having taken over the cult of this great Mother goddess from the Canaanites. For public worship, the goddess was represented by carved wooden images, implanted into the ground, usually next to an altar dedicated to the god Baal.”(4)  Although I would maintain that Asherah worship among the Israelites dates back to a much earlier time than that of the Cannanite occupation, remaining more or less “hidden,’ throughout their history, the evidence seems to suggest that as the Israelites would encounter their Canaanite neighbors engaging in Baal worship, the real temptation would be hand their Mother Goddess over to the enemy for them to trample all over. Here Moses, directed by God, is taking his stand.

Considering the Canaanite practice of erecting Asherah poles in their worship of the fertility storm god Baal, Moses’ action might would seem out of place, or perhaps even hint at a blatant mockery of their sacred traditions. However, the command from God to raise this pole along with the serpent (a symbol of Asherah) is God’s way of reminding the Israelites from where this sacred tradition in its uncorrupted and purest form derives – and what it truly symbolizes – the unity of El and Asherah – not Baal and Asherah, as the Canaanites would have it! All throughout Israel’s history, at least up until the reign of King Hezekiah, it seems the Israelites keep Moses’ monument in their possession to serve as a reminder of this sacred union. Perhaps Hezekiah’s iconoclastic act of smashing this sacred symbolism could even be seen as a lament of Judah’s inability to keep their worship of the Mother Goddess in its proper perspective, as he had just witnessed their distant cousins being carried into captivity for some of the same reasons.

However, for those who read the Scriptures through the eyes of the Atonement, this story carries a much deeper meaning. The third chapter of John records this rather intriguing discussion between a Pharisee Nicodemus, a rabbi who approaches Jesus by night to avoid the criticism of his peers, and Jesus himself. Questions of a rather esoteric nature are being raised, not typical of that of traditional rabbis; questions such as the nature of eternal life and regeneration. The rather obscure idiom “Son of man” is brought into the discussion; being a reference from Daniel 7:13 of messianic significance: a title which Jesus often used to refer to himself. It is within this context Jesus makes the following statement, “And as Moses lifted up the serpent in the wilderness, even so must the Son of man be lifted up” (John 3:14; see also II Nephi 25:20). Shortly thereafter we find the familiar verse John 3:16. It is clear these are mysterious riddles just waiting to be decoded for those who have “eyes to see and ears to hear;” however it is my opinion that “traditional” Christians and Mormons alike gloss over this material without delving into the deeper significance and esoteric connections behind these verses.

Many Mormons, myself included (even as a convert!), have a difficult time connecting with “the cross” as a religious symbol. I know for me, it just seems so brutal, disturbing, and quite frankly, off-putting! However, when taken in the context of Jesus’ dialogue with Nicodemus, it becomes apparent that Jesus is connecting Moses’ action of “raising the serpent” with himself, namely drawing a connection between himself and the Brazen Serpent – reiterating the purpose of his divine mission, and most importantly, the unity of his Heavenly Parents. For it was while he was on the cross Jesus made the following statement, “Behold thy mother!” (John 19:27). Perhaps there is double meaning implied in this statement, echoing back to an earlier time in Israel’s history- and back to the sacred union of our Divine Parents symbolized in Moses’ “Asherah pole.” After all Jesus was the “New Adam” (Romans 5:12-21),  reversing the curse in the Garden of Eden, also symbolized by a tree and a snake! The unexpected, yet surprising twists and turns behind this symbolism can no doubt, go on forever and can lead to some powerful conclusions.

The story I am about to share with you really did happen. Last summer, I was faced with a tough personal decision, where to apply for further study, and quite honestly I was thrown for a loop. That Wednesday, I had been up at the church doing genealogy and I received a blessing in which I was told I would be given clear direction. I just didn’t think the direction would come so quickly, and that in the next day or so I would be on the phone making a decision that in many ways would force me to come full circle with my religious upbringing- something I had been trying to avoid for as long as possible!

However, just as I was hitting the “submit” button for some of my application materials, my husband called for me to come outside just in time to see a snake slithering across our back yard. We have no idea where the snake went after that. We thought it either went into the woods, or crawled into a hole, but there were no holes around, and we never actually saw it go into the woods…..My husband thinks it just disappeared.

Since that moment, my relationship with my Heavenly Mother- and with Jesus Christ- has been richly strengthened, and I have received incredible spiritual healing and insight over the past year. Who is to say there is not a connection?

Look up to Mother Asherah and be healed!