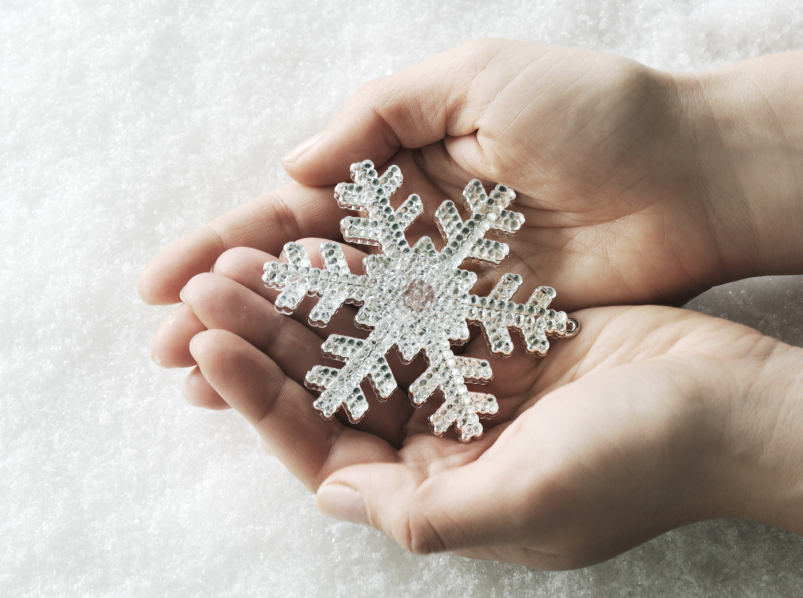 My family and I recently welcomed a pair of adorable twin girls into our family. It was especially welcome as they arrived only after several years of battling infertility obstacles. Our first daughter came only after two years of ART (Assisted Reproductive Technology) treatments. The twins took more than five years (a long and emotionally difficult process, as anyone who has had fertility issues knows too well). We had gone through a number of different ART options but with little success. For a variety of reasons, we eventually decided to investigate and pursue “embryo adoption.” We “adopted” some frozen embryos (also known as “snowflake babies”) that had been previously created by another couple (who themselves had used anonymous donor eggs and then generously put up their remaining embryos for adoption). Given that each embryo has about a 30-50% chance of implanting and that each transfer is not inexpensive, we opted to transfer two embryos with the thinking that at least one would probably implant. Turns out they both did!

Of course we were thrilled with the results even as it gradually began to dawn on me just what having infant twins would do to my life. About half-way through my wife’s pregnancy I started thinking about what it would be like to have children which were not biologically my own. It seems silly as I look back on it, but I had all kinds of anxiety as to whether or not they would even like me. We learned that the donor parents had a background of tall, slender, athletic genes. Mine are… less so. Did that mean they were going to be completely different from me? Various thoughts went through my head: “Will they identify with me?” “Will they be like me?” “Will they fit in?” “What if they’re taller than me?” “What if they want to do sports? What in the world will I do?” Again, I recognize how silly this sounds in retrospect. At the time, though, these were not frivolous concerns. It gave me a little bit of comfort to learn that, in fact, that these are worries common to many adoptive parents.

It’s now been more than six months since they were born and we’re having an adventure raising twin girls. They’re adorable and cuddly, if not somewhat fussy and loud. I’m still not quite sure what to say, though, when earnest and sincere twinlookers look at them and us and point out “oh she looks just like her dad and the other looks just like her mom!” (If such is the case, it is quite by coincidence!)

Then a few weeks ago I was watching Terryl and Fiona Givens’s July 2015 presentation at Benchmark Books. At one point Terryl articulated his interpretation of Joseph Smith’s early understanding of the process by which our preexistent spirits became children of our Heavenly Parents. Contrary to the today’s dominant view of primordial intelligence essence becoming embodied in a spirit through some sort of “birthing” process, there is reasonable evidence that Joseph Smith conceived a process through which God “adopted” co-eternal spirits/intelligences (he used the terms interchangeably) into a parent-child relationship with himself at some point in the pre-existence, thus becoming our parent in a relational but not literal fashion.[1] “In other words,” writes Terryl Givens, “our relationship to a Heavenly Father (and Mother) described by Smith is interpreted by some Mormon scholars as much more like a spiritual adoption than primordial birth” (157).

It struck me at that point: if this view is true[2] then it means that the great God of the universe is, for all intents and purposes, an “adoptive parent.” That realization alleviated many of my former worries about whether I’d be able to bond with my adopted daughters as well as I have with my biological daughter. “If adoption is good enough for God,” I thought with amusement, “then it’s good enough for us!”

It further occurred to me that this understanding of my “adoptive” relationship with God doesn’t feel alienating to me or affect how much I “identify” as a member of God’s family. It doesn’t make it any more difficult to me to “bond” with my Heavenly Parents in a spiritual relationship. If anything, it makes me feel grateful that They loved me enough to go through the effort to “adopt” me in the first place and give me the opportunity to grow and progress toward their Divine potential. It also gave me a different perspective on being an adoptive parent. In a way, adoptive parents duplicate the same Divine process through which our Heavenly Parents form family relationships with all of their children: through adoption into parent-child relationships motivated by love and affection.

And that realization helped me chill out about my anxiety issues about whether or not I would be able to bond with my adopted twin daughters. I think we’ll get along just fine.

[FN1] More details and sources on these different schools of thought can be found here and here as well as in Chapter 17 (pages 155-158) of Wrestling the Angel.

[FN2] And who really knows? Regardless of the extent of its objective reality or accuracy, however, the idea of its truthfulness is still meaningful and transformational in my life.