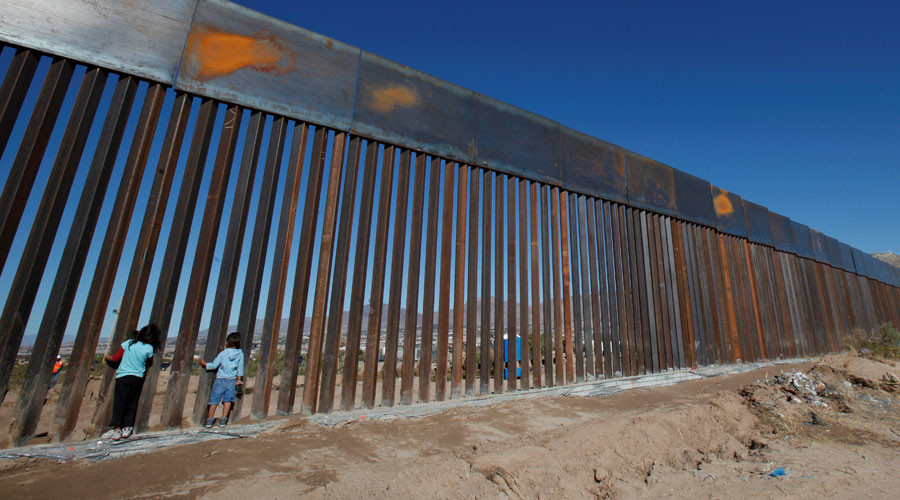 Nancy and I like to call our current lives a Trump/ Peña Nieto sandwhich. Donald Trump is the 45th President of the United States, Enrique Peña Nieto the 62nd president of Mexico and we as deportees get to live between their policies; human ping pong balls as one spit talks about making bigger walls (there is already a big hideous thing spanning Baja California/California all the way to Tamaulipas/Texas), and the other cancels meetings over Twitter spats. I’ve spent decades listening to teenage girls being ridiculed, and this is how male world leaders behave. The irony is not lost on me.

Trump has already been normalized. It took less than three months and one address to Congress using his inside voice for people to star calling him presidential. I keep going back to a distant memory of one of my primary presidents explaining how eyes adjust to darkness faster than they adjust to light. A lot of people are that way too. This is the result of becoming a spectator, a believer in asking for things nicely and politely.

The flip side for me has been exhaustion. There are lots of versions of the flipside- anger, rage, sadness, burnout, depression, addiction, and on and on. The ping pong between the U.S. and Mexico has left me with some significant bruises- clinical depression, PTSD, panick attacks.

I have spoken about these things in other places, at other times. This is not a particularly new conversation. I go back to this a lot though because these events, they trail behind me, like tin cans held on by ribbon attached to my soul. I am the ghost of all of these decisions.

I see the ghosts of the past; I’ve read about them. I grew up believeing that peace would spread in my lifetime, that war and destruction and cruelty and violence would be a punctuation mark far from where my story ended. But history has not really changed. I was shielded to a degree by the thin strings of my privilege, some which have snapped, others which have come clearly into view; I understand how tenuous and frail they are, reinforced or liberated depending on my choices.

Literature helps me understand life. At the end of the day, my experience is limited; it is a few strings woven together. The Handmaiden’s Tale and 1984 were part of my highschool reading list. It was literature that I looked at with an almost nostalgic lens, cross stitching things like the Cold War and McCarthyism in with these stories. Currently they are among the most sold books, because we live in a world where lies like alternative facts or The Bowling Green Massacre are given the same platform as liberty and equality undermining the latter.

It is strange to realize that the dissemination of peace, and safety and solace in its totality will not happen in my lifetime. I have accepted this. I am not troubled or discouraged by this act of planting trees whose shade I will never enjoy. I have two nieces and two nephews who keep that fire burning, whose love lights every crumb I attempt to offer. I have a list of incredibly mundane things I long for. My daydreams include things like putting food away after a noisy family dinner, reading the same dinosaur book to my nephew for the 20th time, discussing the details of Harry Potter with my niece, and seeing the remainder of my family together under the same roof, among other perfectly non-glitzy things.

I’ve thought a lot about these snapshots of my life that I have yet to experience, and I hold on to the hope of seeing them. When exhaustion hits me particularly hard, I remind myself that while injustice may be the norm, I don’t have to accept it and force my eyes to focus on the light.

Darkness has always existed in some form. Our ability to consider its role speaks to our comfort; we can philosophize because its smoke has not taken residence in our lungs.

We can deny its reality by ignoring the fire that consumes others because for the time being it helps us see. The thing with fire is that it spreads. Eventually, it will consume us all.
So, we must go into the darkness and find the way to a light that is long lasting, not dependant on the destruction of others, a light that truly sustains.
We must go into the darkness for those who continue to be consumed.